The First Ever Turkish Pilot Has Been An Afro-Turkish, His Grandparents Were Nigerians 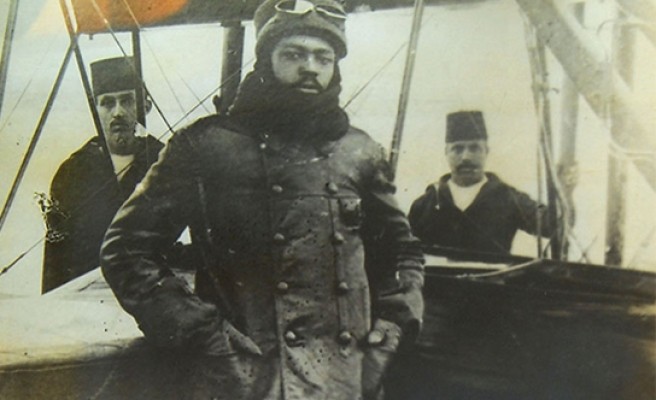 The more you dig deep into the history of the world, the blacker the findings, I never thought there was black Turkish people until last year when I was invited to attend an event about the Afro-Turks by Mr. Yonas of the Afrika Akademie / Schwarze Volkshochschule - SVHS, though the Afro-Turks couldn't attend last year's event because they were denied visas, but eventually made it to attend this year's event, which I was opportuned to be present at the still on going event, where I learnt the first Turkish pilot was an Afro-Turk Ahmet Ali Effendi (Ahmet Ali Çelikten) who's grandparent were Nigerians, he probably is the first black military pilot in aviation history. He aimed to become a naval sailor and entered the Naval Technical School named Haddehâne Mektebi (literally “School of the Blooming Mill”) in 1904. In 1908, he graduated from school as a First Lieutenant. And then he went to aviation courses in the Naval Flight School that was formed on 25 June 1914 at Yeşilköy. He was then a member of the Ottoman Air Force.