Nigeria Jails Another Governor For Corruption 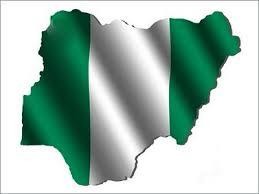 A Nigerian former state governor and serving senator was on Tuesday found guilty of corruption, the second high-ranking official to be sentenced to jail the past two weeks.

Former governor of Plateau State Joshua Dariye was found guilty of misappropriating millions of dollars earmarked for an ecological fund by the Abuja High Court, marking the end of a case that had been running for over a decade.

"I can't imagine such a brazen act of systematic looting and stealing," said Justice Adebukola Banjoko in her judgment.

Dariye, who represented the opposition People's Democratic Party before crossing the floor to serve as a senator for the ruling All Progressives Congress, was in 2007 accused of diverting over 1.1 billion naira (more than $8.5 million at the time) from the state treasury.

The sentence comes as Nigerian President Muhammadu Buhari is seeking to burnish his credentials as an anti-corruption crusader ahead of presential elections next year.

Buhari, a 75-year-old former general, is seeking a second term in Nigeria, Africa's largest economy and biggest oil producer that is on a wobbly recovery after the 2014 crash in commodity prices.

His so-called war against corruption was initially lauded at the beginning of his term but has since been criticised for being politicised.

Dariye's sentence is the conclusion of a case running since 2007, highlighting the glacial pace of justice in Nigeria, where judges are often accused of taking bribes.

Former Taraba governor Jolly Nyame was convicted of fraud on May 30 and sentenced to 14 years jail time, in a case that also began over 10 years ago.