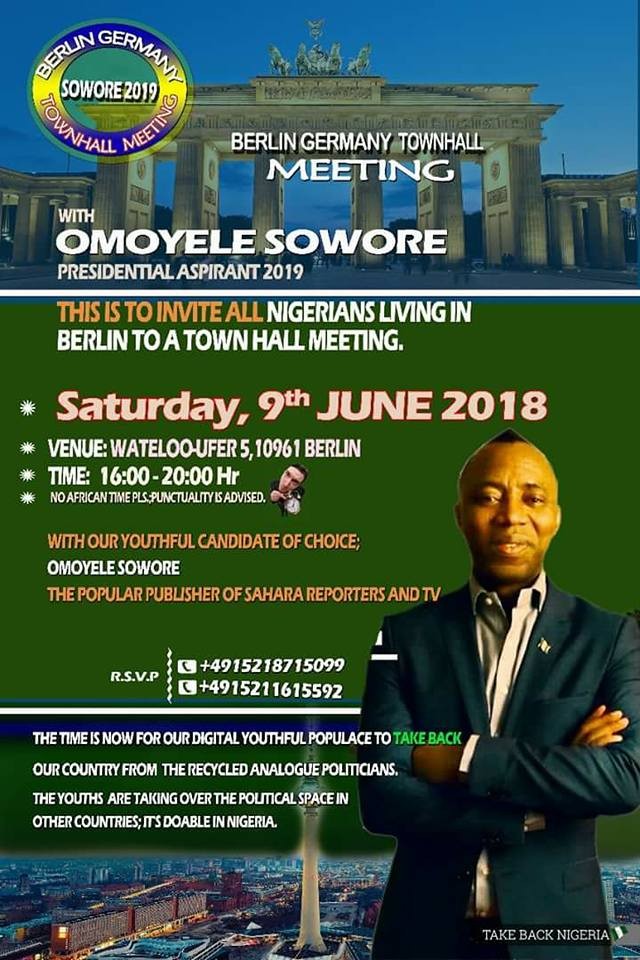 Comrade Omoyele Sowore is scheduled to meet Nigerians in a town hall settings in Berlin Germany tomorrow 9th June 2018, with his #TakeItBack movement, his intention will be to sell his message of hope and to turn around the current tough situation that Nigerian economy is going through, which he has been touring around the world doing since he decleared his ambition to run for the highest office in Nigeria. Comrade Omoyele Sowore  a media mongul and the c.e.o of Saharareporters, an online platform which helped propell the current government that he wants to dethrown into power. Would he be able to rattle the circle of corrupt cabals holding Nigeria down? This and numerous questions would be on the mind of Nigerians as they attend the town hall meeting tomorrow.