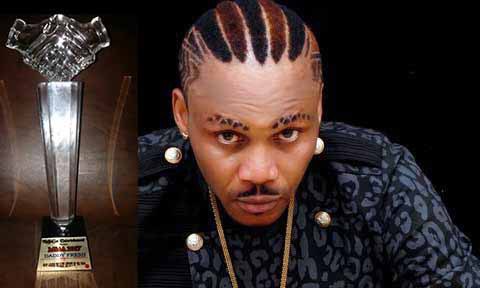 Innocent Michael Onyebuchi AKA Daddy Fresh is a veteran Nigerian Reggae singer. His songs like “Elerugbe erue” “Faka Fiki faka” and “Fiji fa” sold over 300 thousand units in Lagos state became famous in the late 1990s all over Nigeria. In the late 90’s he was honoured as the “King of the Ajegunle musicians after the successful innovation of music genre called galala or ghetto music brought to Nigeria by Daddy Fresh, Daddy showkey and Baba Fryo which became today's reference to Ajegunle musicians.

MymicMySwag African Award 2017 also honoured His Imperial Majesty, Oba Adeyeye Ogunwusi Ojaja 11 Ooni of Ife and popular comedian Koffi and VDJChrisland were the hosts. in a short interview with Afrobizgermany, Daddy Fresh Had this to say “I want to appreciate God Almighty for making it possible, my family, my patient fans, all the media houses and of course my management team and label Fresh Records”. The awards was also a post humous celebration in memory of Late Musician Kefee Momoh, Popularly known for her hit song “Branama” and “Kokooroko”. MyMicMYSwag 2017 was powered by NaijaGal Entertainment.