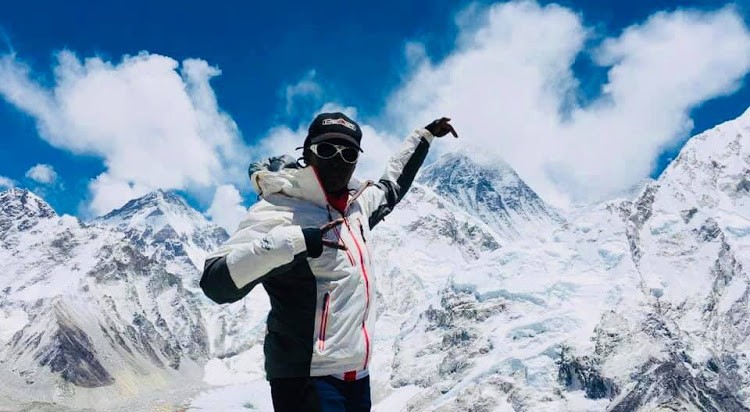 One African is looking down on all of us today.

Saray Khumalo, a Zambia-born Johannesburg resident, on Thursday morning became the first black African woman to reach the summit of Mount Everest, with an elevation of 8,848m.

“Onwards and upwards,” Summits with a Purpose wrote on its Facebook page.

“Saray is down safely below the South Summit, but still in the death zone. She will progress back to C4 (Camp 4) over the next few hours. It will be two days before she arrives back to Base Camp and shares with everyone about her achievement.”

It was the fourth time lucky for Khumalo, whose previous attempts were thwarted by weather. She abandoned her 2014 attempt after an avalanche killed 16 sherpa. Her 2015 attempt was cut short after a devastating earthquake in Nepal. She reached the mountain’s South Summit in 2017, but strong winds and frostbite scuppered her climb.

Khumalo writes on her website: “My dream is to go higher and go further for as long as I breathe. To pave a way for my children and other ordinary people, so we may realise and accept that ordinary people like us can achieve extraordinary heights. To not think too much about the difficulties on the way but keep focused on the end goal and to take their hand, motivate them to realise that they too may dream the impossible dream.”