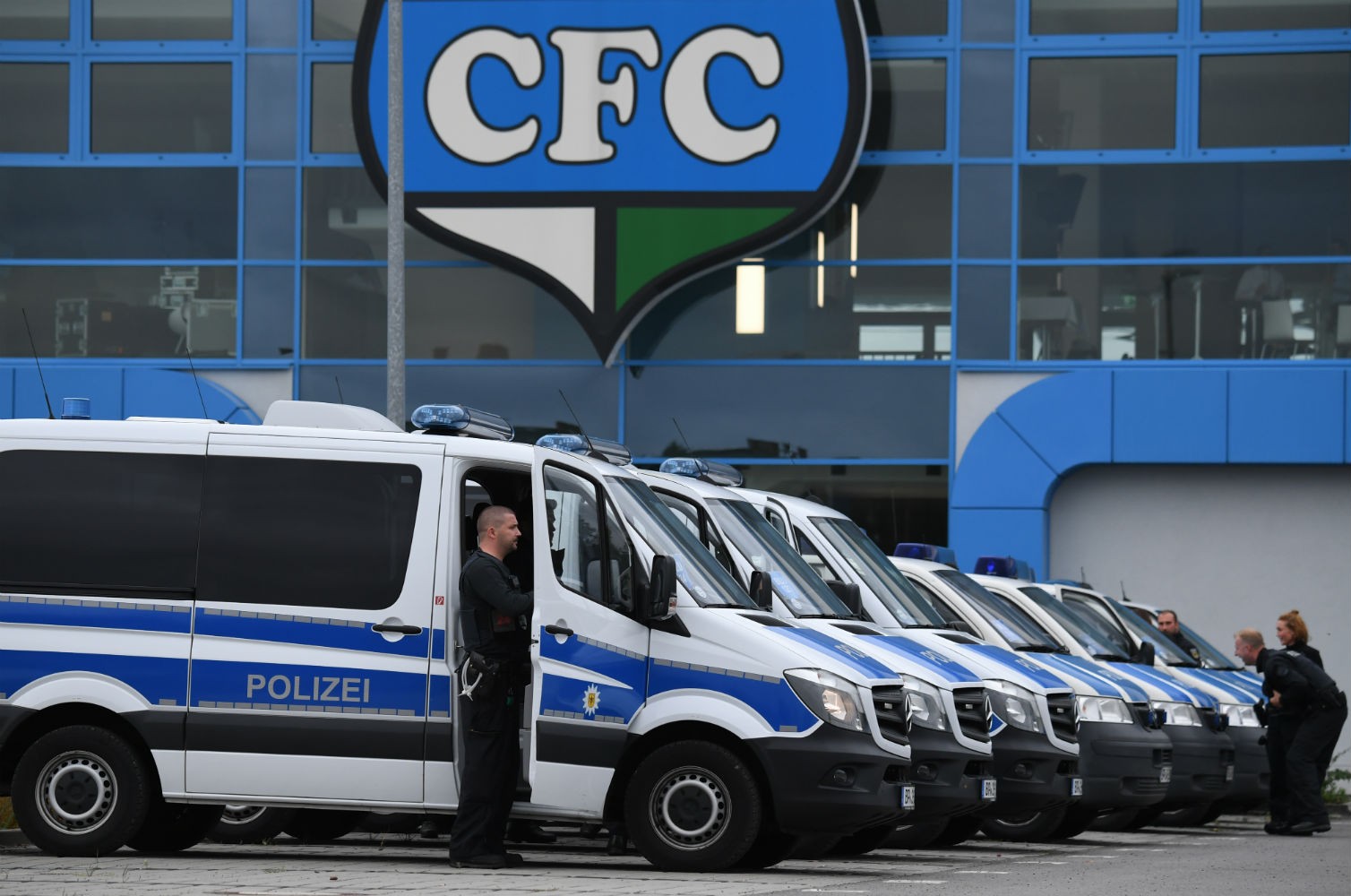 Saxony state police said they would be backed by reinforcements from five other states and federal police, after being heavily outnumbered by thousands of protesters on Monday, some of whom through firewroks at counter-protesters and displayed illegal Nazi symbols.

The flashpoint city of Chemnitz -- where state premier Michael Kretschmer was to hold a town hall-style meeting on democracy from while demonstrations were expected outside - has seen a violent outbreak of long-simmering anger against what protesters label "criminal immigrants" since Sunday's knife killing.

Police have arrested Iraqi Yousif Ibrahim A., 22, and Syrian Alaa S., 23, for the stabbing of 35-year-old Daniel H., a carpenter for a crime that set off random street attacks against people whom the mob took to be foreigners.

The disturbing scenes, which saw assaults against an Afghan, a Syrian and a Bulgarian man and were described as "pogrom-like" by some observers, have sparked widespread revulsion in Germany and beyond.

In another violent hate crime overnight in the ex-communist east, a 20-year-old migrant was subjected to xenophobic insults, and kicked and beaten with an iron chain by three men in the Baltic coast city of Wismar, police said without giving his nationality.

Merkel - travelling in Africa until Friday, mainly to discuss how to discourage migration to Europe - has condemned the far-right protests, declaring there is no place for "hate in the streets" in a liberal democratic state.

Tensions risked being inflamed further by a news report that the Iraqi suspect in the murder case had, despite a lengthy criminal record, somehow avoided deportation.

The trained hairdresser arrived in Germany in 2015, the peak year of the influx that would bring over one million mostly Muslim people to the EU's biggest economy, reported mass-circulation Bild daily.

Since then he had reportedly received a suspended seven-months jail term for assault and been charged with other offences, including taking illegal drugs across national borders, fraud and property damage.

Crimes by immigrants are routinely seized upon by the far-right Alternative for Germany (AfD) and the street movement Patriotic Europeans Against the Islamisation of the Occident (PEGIDA) who label Merkel a "traitor" for allowing them into the country.

AfD leader Alexander Gauland told Die Welt daily that "migration is destroying the feeling that you can trust your neighbour".

The AfD and other anti-immigration groups have called for another major protest Saturday, with a "silent march" planned for the stabbing victim in Chemnitz, an AfD party stronghold.

Police in Saxony have faced accusations that some officers in their ranks harbour sympathies for the far-right - evidenced by the leaking of the knife crime arrest warrant to PEGIDA and other groups, who shared it on social media.

Earlier this month, at a Dresden AfD and PEGIDA anti-Merkel rally, police obstructed a TV camera team at the instigation of an angry protester.

The man turned out to have been an off-duty police employee. On Thursday the police force said he had agreed to quit his post.

The violence and heated debate on immigration have brought back to the fore what has become the most challenging political issue for Merkel, especially in the formerly communist east where the AfD is the number one party in some

After an initially jubilant welcome, the migrant influx sparked a strong backlash that saw a spate of hate crimes, swept the populist fringe party AfD into parliament and led to a coarsening of political discourse on social media and in public life.

Pre-orders made the book the immediate number one best-seller in Germany at online retailer Amazon.