Is It Referee's Bad Judgement Or FIFA Just Finds It So Easy To Rob African Countries In A Major Tournament? 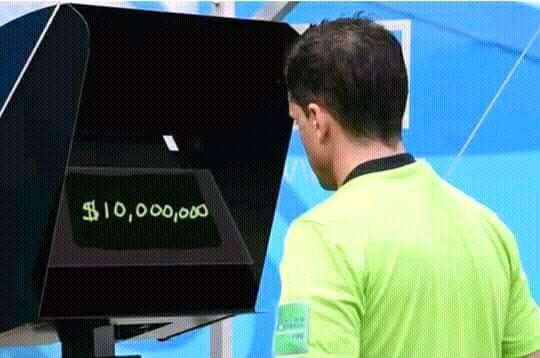 Nigeria lost to Argentina yesterday 26.06.2018 at the football worldcup last group game in Russia, in a very controversial way because the Super Eagles were denied what looks to be a clear penalty, when an Argentine player head the ball into his own hand in the eighteen yard box, penalty have been given in cases not as clear as this in this same world cup, how can this happen with all the checks and balance put in place in this worldcup to avoid such bad decisions? How can the referee deny Nigeria a penalty after all the communication with other official through his earpiece and also taking his time to go watch the replay on the screen? Has FIFA no value for African teams, is that why such corruption against African teams keeps happening in the most major tournament? What should be the next move for the Confederation of African Football (CAF) and the Nigerian Football Federation (NFF), should they query and protest?