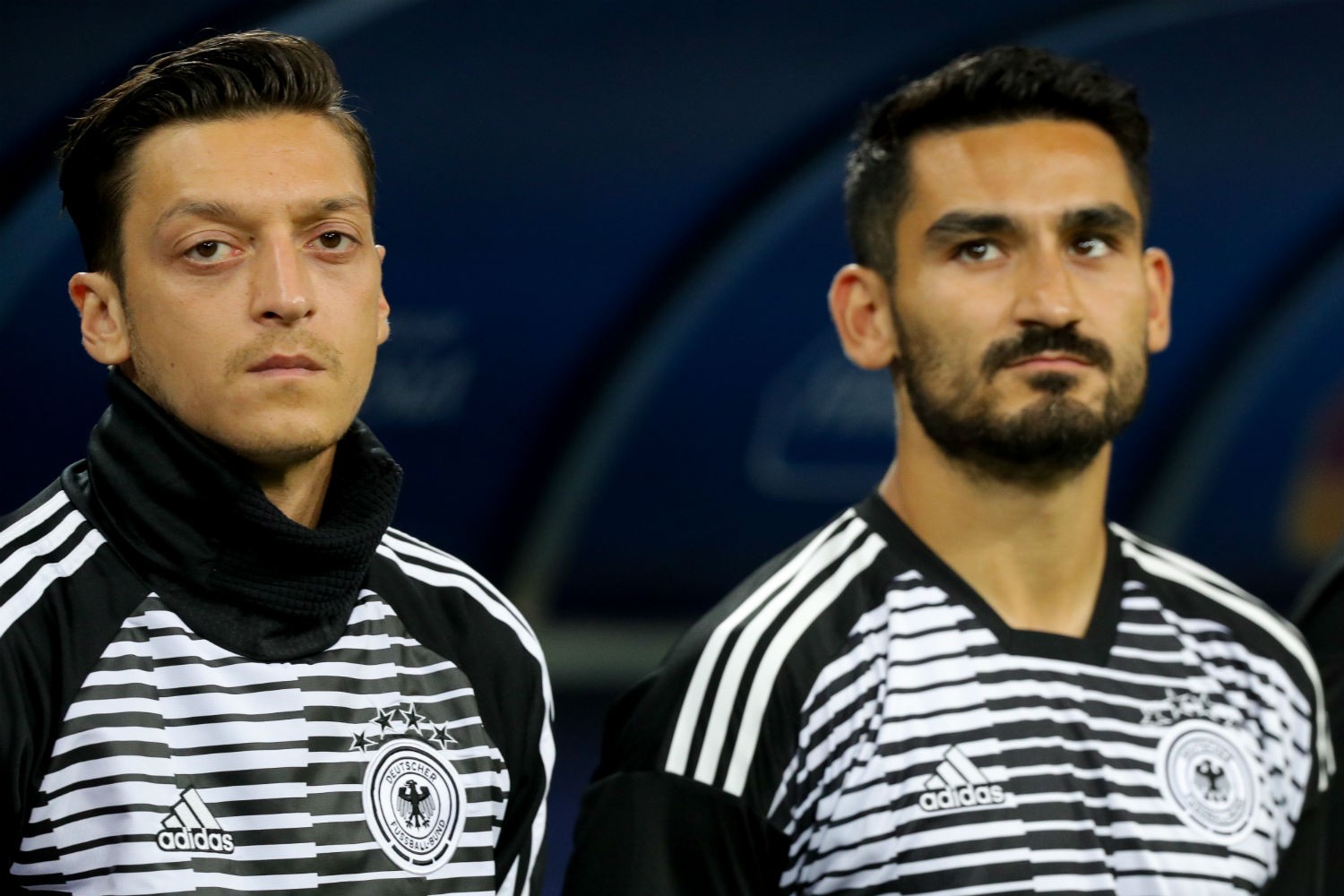 Here are the key moments that culminated in Mesut Özil's bombshell announcement he was retiring from international football after a career including Germany's triumph at the 2014 World Cup.

The fiasco started on May 13 when Özil and fellow Germany midfielder Ilkay Gündogan met Turkey's President Recep Tayyip Erdogan in London during a charity gala event.

Both players posed for pictures with Erdogan, who they presented with shirts of their respective clubs Arsenal and Manchester City, the latter of which was signed "for my president" by City star Gündogan.

The photos were released on social media by Erdogan's election campaign team on May 14th, the day before the Germany squad for the World Cup finals was announced.

Gündogan posted on Instagram to say the pictures were not a "political statement", but Özil kept silent.

They were heavily criticised by German politicians and football pundits, while Reinhard Grindel, the president of the German FA (DFB), said the players had allowed themselves to be "manipulated".

Despite heavy criticism in Germany of the controversial pictures, head coach Joachim Löw named both Özil and Gündogan in his provisional World Cup squad on May 15th.

"Not for a second" had Löw thought of leaving them out, despite calls for the pair to be dropped.

On May 19th, Özil and Gündogan meet Löw and senior DFB officials, plus German president Frank-Walter Steinmeier in Berlin, in a failed attempt to clear up the matter.

Steinmeier said both players affirmed their loyalty to Germany during the meeting.

"I grew up here and I'm faithful to my country," Özil was quoted by Steinmeier as saying, while Gündogan added, "Germany is today clearly my country and my team".

Özil and Gündogan were jeered and whistled by travelling German fans during a 2-1 friendly defeat away to Austria in Klagenfurt on June 2nd, despite Özil scoring the opening goal.

Özil sat out the narrow friendly win over Saudi Arabia six days later in Leverkusen, but Gündogan was booed when he came on and reportedly later wept in the German dressing room.

Former Germany captain Lothar Matthaeus said Özil no longer seemed comfortable playing in the Germany shirt in the wake of the shock 1-0 defeat to Mexico in the opening World Cup game.

Löw then dropped Özil for the last-gasp 2-1 win over Sweden, but reinstated him for the 2-0 defeat to South Korea which saw the holders crash out in the group stages.

In an interview on July 6th in newspaper Welt, Germany's team director Oliver Bierhoff implied Özil should have been left out of the World Cup squad - then back-tracked in an embarrassing twist.

Two days later, Grindel says Özil should make his position clear to German fans in magazine Kicker, while Özil's father rejected the criticism and says his son should retire from Germany duty.

After scoring 23 goals in 92 matches for Germany, Özil retired from international football with immediate effect on July 22th after breaking his silence in lengthy posts on Twitter and Instagram.

"For me, having a picture with President Erdogan wasn't about politics or elections, it was about me respecting the highest office of my family's country," he wrote.

"The treatment I have received from the DFB and many others makes me no longer want to wear the German national team shirt.

"I feel unwanted and think what I have achieved since my international debut in 2009 has been forgotten.

"In the eyes of Grindel and his supporters, I am German when we win but I am an immigrant when we lose."