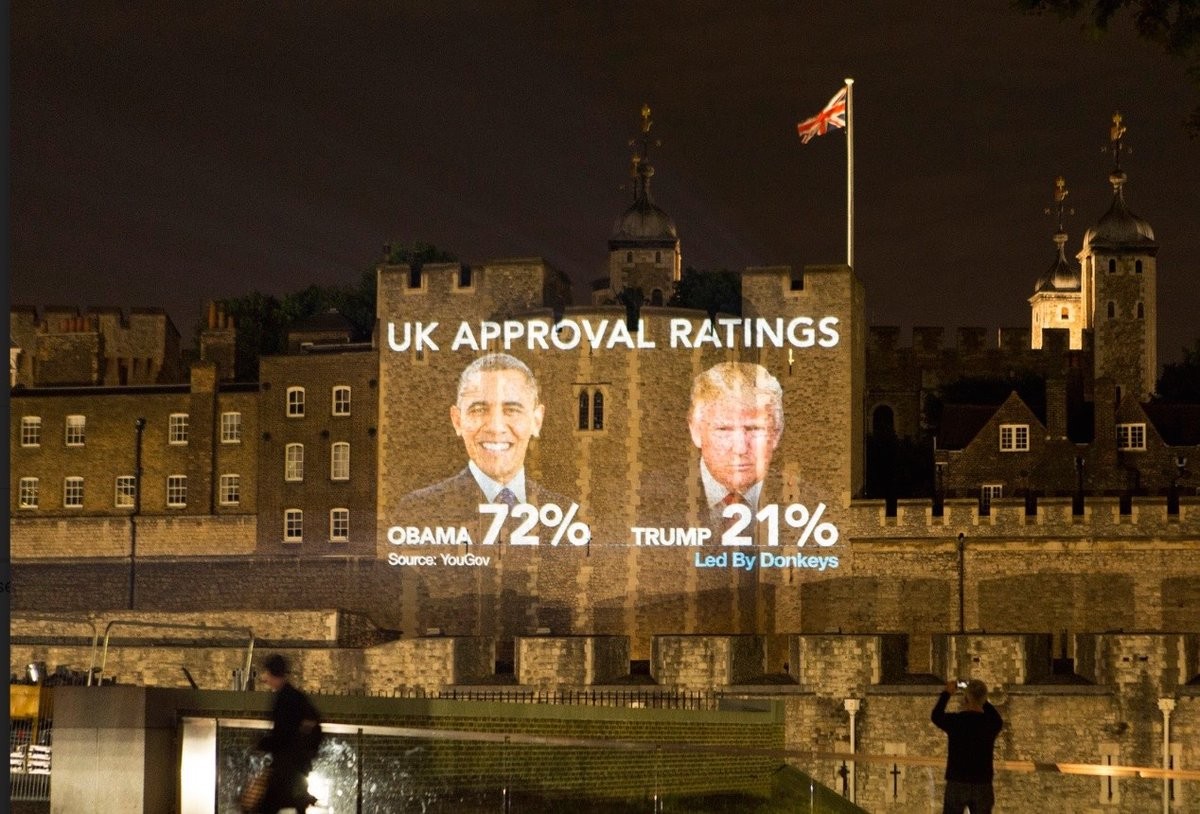 A series of hillarious images is projected onto landmarks across London by British activist group By Donkeys. Below are some of the twitted images:

Hey @realDonaldTrump, we read the story about the sailors on a US warship being ordered to hide from you because you’re triggered by the name on their hats. So we turned Madame Tussaud's into a giant USS John McCain baseball cap. Welcome to London! pic.twitter.com/KuynOwupFm

Hey @realDonaldTrump, you just endorsed your Brexit buddy @BorisJohnson but he said some VERY NASTY things about you and he doesn’t want you to know. So we projected his words onto Big Ben. Watch with the SOUND ON #TrumpUKVisit pic.twitter.com/etUb6tk9eX

Hey @realDonaldTrump, we've put up billboards across London to let you know what people in your own party REALLY think of you. People like @MarcoRubio #TrumpUKvisit pic.twitter.com/O4FDXu4GtB