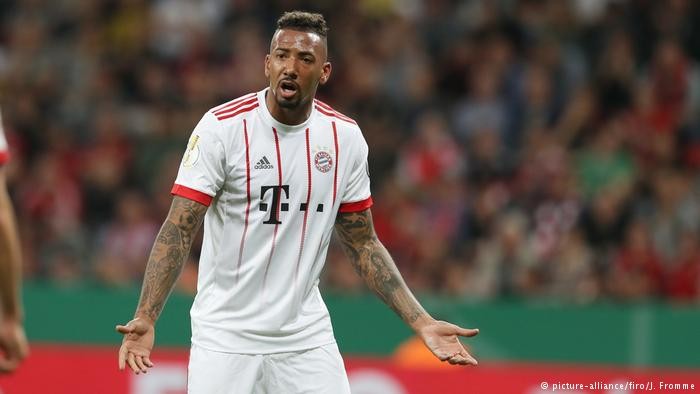 He's won everything possible while at Bayern Munich but Jerome Boateng could have played his last game for the club. Bayern CEO Karl-Heinz Rummenigge has said the German champions will listen to offers for the defender.

Germany's World Cup campaign could also be an opportunity to attract suitors for Boateng, who joined the Bundesliga outfit from Manchester City in 2011, after Rummenigge opened the door for a possible switch.

"The idea is not out of this world and has been revealed to me by his advisor, so we know that the topic may come to us," said Rummenigge at an event in Munich. "If a club comes and he announces that he wants to move, we will deal with it."

The center back, 29, has been a key man for both Bayern and Germany for a number of years but said last month that he was open to a new challenge.

"Foreign countries are always interesting. You do not get many chances," he told Sky Germany. "Everyone has to decide for himself whether he want to gain an experience like that again.

“I'm at a different age now than I was at Manchester City  and at the point of thinking about it again. Of course it's very difficult to move away from Bayern. That would not be a decision against Bayern, I've been feeling very well in Munich for years.”

Though Boateng is still regarded as one of the world's best defenders, a string of injuries have meant he's failed to make 20 Bundesliga appearances in any of the last three seasons. But Rummenigge said Bayern will still be looking for a significant profit on the €13.5 million (€16 million) they paid City for Boateng's services.

"I make no secret, it will certainly not be low," the 62-year-old said at Wednesday's event.

Bayern have already added Leon Goretzka to last season's squad, with the Schalke midfielder joining on a free, while rumors persist that Robert Lewandowski and Arturo Vidal may be agitating for moves away.

Any clubs interested in Boateng are likely to have to wait until the end of Germany's World Cup campaign, with Boateng set to win his 72nd cap against Mexico when Germany begin their tournament on Sunday, with national team boss Joachim Löw singing his praises ahead of the match.

"He is in very good shape now and there is no sign of his injury," he said from Germany's World Cup base, southwest of Moscow. "A good Jerome is a pillar for our team. It's important how he's in shape now, not what comes after."