Anthony Joshua Vs Oleksandr Usyk 60;000 Tickets Sold Out In 24hrs 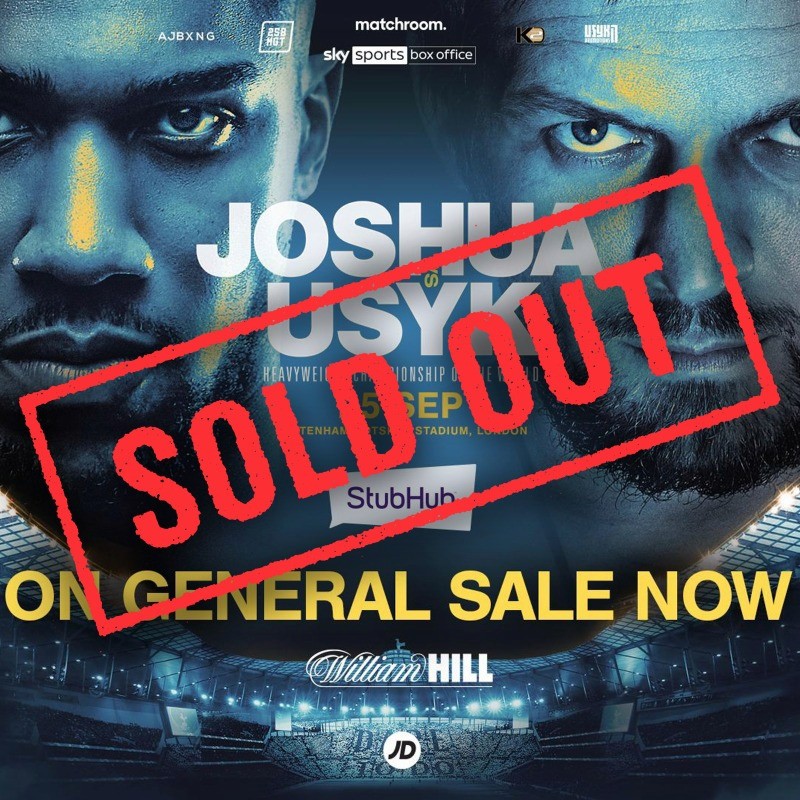 Anthony Joshua, the new face of boxing, the cash cow of boxing and the ticket selling monster, who have packed stadiums and arenas home and abroad with exciting and willing fans, since about eight years of his boxing career, has with his current dance partner Oleksandr Usyk, sold out 60,000 tickets within 24hrs for their Saturday, September 25, 2021 bout at the Tottenham Hotspur Stadium.

This is a refreshing news for boxing after the failed attempt at the undisputed fight between Anthony Joshua and Tyson Fury, which was cancelled after the court of arbitration for boxing in the USA ordered Tyson Fury to honour his contract agreement to rematch Deontey Wilder.