What You Need To Know About The Conflict Paralyzing German Politics 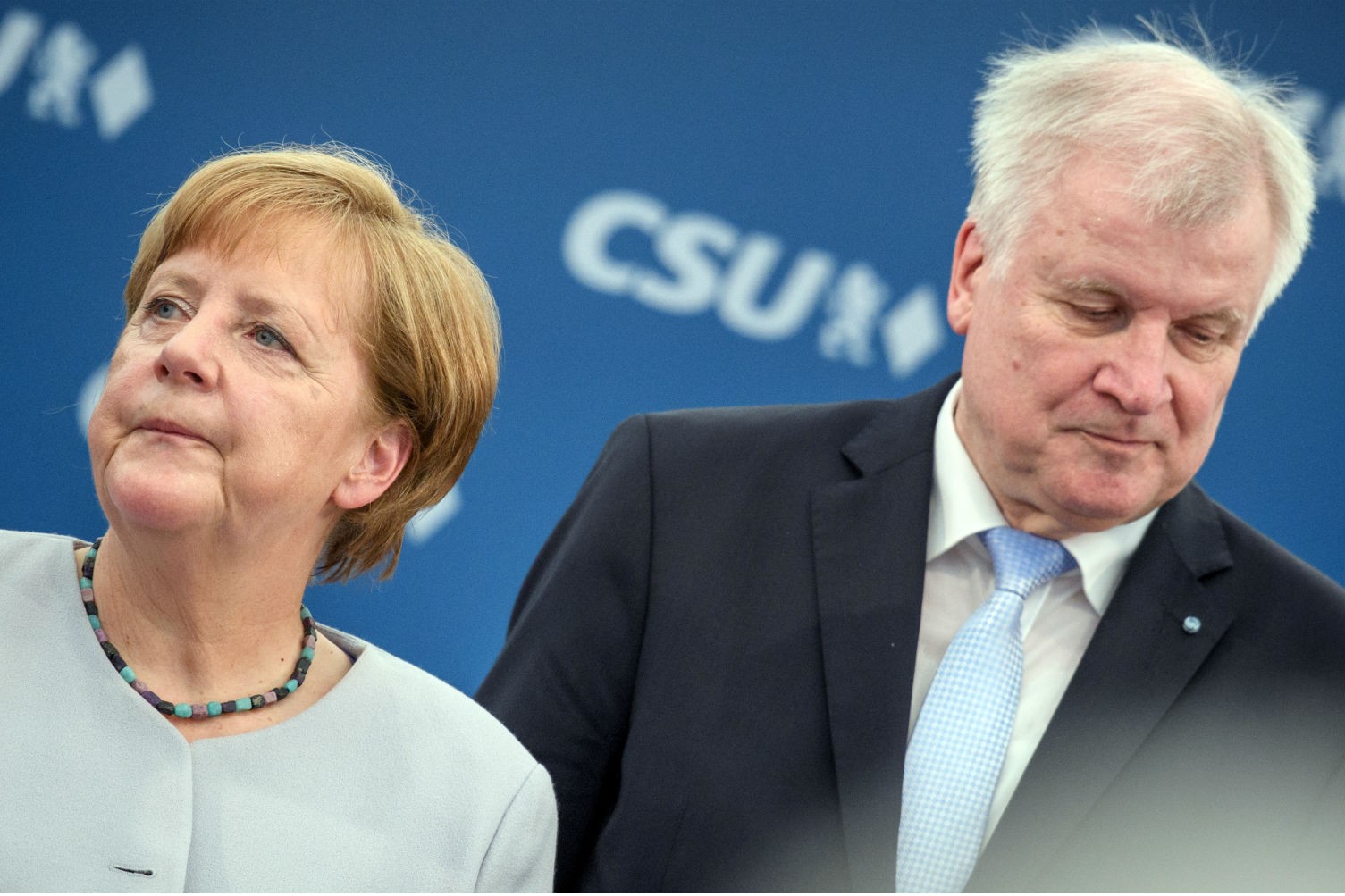 There have been few points in the recent history of Germany when so much was at stake politically. Few claim to know whether Germany will even have a government by the end of the week. Here are the key facts in the dispute.

Who are the main players?

Horst Seehofer, the 68-year-old leader of the Christian Social Union (CSU) and federal Interior Minister. Seehofer is about to turn 69 and has been head of the CSU for a decade. Once seen as the saviour of the Bavarian party, he is now being challenged by Markus Söder, a hardliner 17 years his junior, who wants to take over the party's leadership.

Angela Merkel, Chancellor since 2005 and head of the Christian Democrats (CDU). She is Seehofer’s boss but the two have never had an easy relationship. He already resigned from a position in her team in 2004 when the two had a falling out over health insurance policies.

What is the argument about?

Seehofer wants to be able to turn asylum seekers back at the German border if they have already been registered in another European country. Border police would check the people’s fingerprints against a Europe-wide database. If they came up as registered in another country, the police could refuse them entry into Germany.

Merkel is not against this in principle, but she is against doing it over the heads of other EU countries. That’s why she has been working furiously to sign bilateral deals with other countries over the past few days, whereby they agree to take back asylum seekers stopped at the German border.

So who is right?

Well, that depends on who you are talking to.

No lesser expert than the ex-head of the federal constitutional court, Hans-Jürgen Papier, said on Saturday that turning people back at the border wasn’t just possible, it was required by law. In a 14-page analysis, Papier said that, while doing this without an EU agreement was no long term solution “that can’t be a justification for the fact that the law is currently being ignored.”

It isn’t that straightforward, though. While Seehofer may have the law on his side (and many members of the CDU), Merkel has the future of Europe on hers - or so she claims. The Chancellor has warned that if Germany gets it wrong on asylum the EU could fall apart.

And many journalists back her. The respected daily Süddeutsche Zeitung (SZ) has accused Seehofer and Söder of turning into mini-Trumps through their insistence that Germany pursue its own interests at the expense of its neighbours.

The CSU leaders “claim that states like Germany should follow their own interests  without consultation and create facts on the ground - in other words, Germany first,” the SZ wrote last week.

What is the state of play?

A bit over two weeks ago Seehofer threatened to instruct the border police to turn people back against the will of the Chancellor: That would have forced her to sack him.

He backed down from that threat though and instead gave her two weeks to find a European solution which was “comparable in effect.”

At an EU summit at the end of last week, all 28 states agreed to adopt new policies on migration which included a clause emphasizing that asylum seekers should be prevented from travelling between EU states. Merkel then managed to squeeze bilateral deals out of Spain and Greece in which they agreed to take back migrants who German border police identified as having been registered there.

The Chancellor called Seehofer’s bluff by describing the deals as “more than comparable in effect.”

But Seehofer wasn’t convinced. At a meeting with his CSU on Sunday he surprised his colleagues by offering his resignation as party head and interior minister, saying that he wasn't satisfied with the EU deals. Eventually, colleagues talked him out of quitting and he agreed to give Merkel another 3-day ultimatum to find a comprise - otherwise he definitely would resign.

What has been the fallout?

Unsurprisingly, Seehofer’s repeated ultimatums to his boss, plus his dithering on the big decision of resignation have severely undermined his authority.

Die Zeit columnist Ferdinand Otto described Seehofer’s “irresponsible strategy” as something that would traumatize himself, his party and the government well into the future.

While a week ago the talk was of Merkel’s position being under threat, most observers now agree that Seehofer’s half-hearted attempt at resignation has as good as ended his career - while the Chancellor’s weak position has been strengthened through the Bavarian’s missteps.

Rumour has it that the CSU are divided about Seehofer’s repeated bluffs, while the CDU, smelling blood, have closed ranks behind Merkel. Meanwhile the other party in the government, the Social Democrats, are clearly on the side of the Chancellor.

On Monday it appeared that Seehofer’s own party were deserting him when Söder - a long-time rival - made clear that CSU were determined to stay in the government and find a compromise with the CDU.

“One thing is absolutely clear, the stability of the government cannot be questioned. One can achieve a lot in government, but nothing out of it,” he said.

The Süddeutsche Zeitung remarked that Seehofer’s bizarre and unpredictable actions have stabilized the Chancellor despite the fact that many in her own party are not fans of her migration policies. The SZ also commented that, if Seehofer had committed himself to resigning and would now have to see it through.

“Seehofer is making an exit that belongs among the worst and saddest that I have experienced,” Spiegel editor Ralf Neukirch said on Monday.

“Clearly Merkel has driven him out of politics for a second time...his political career is certainly finished and there is no coming back.”

Several names - including that of Söder - have already been muted as replacements for Seehofer. Whether a new personality as the face of the CSU in Berlin will bring peace back to German politics is still to be seen.