What Europe Could Learn From The Way Africa Treats Refugees 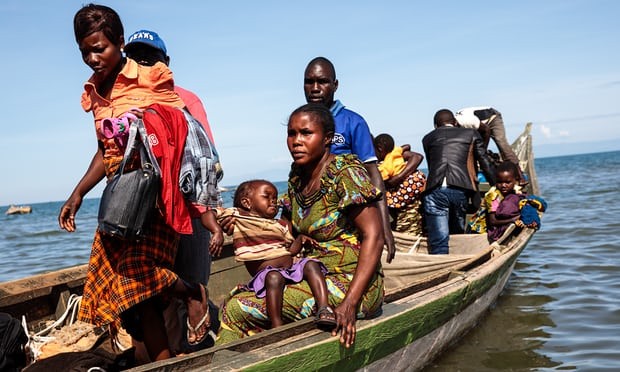 Across Europe, asylum policies are failing both refugees and citizens. Attempts to negotiate a fair distribution of refugees within Europe are deadlocked, and this week’s emergency EU summit on migration seems unlikely to yield a breakthrough.

Just about the only thing that European governments have been able to agree upon is the creation of migration partnerships with African countries. These agreements focus on strengthening borders, reducing departures, and increasing the number of returns of migrants trying to cross to Europe. Niger has become Europe’s largest recipient of development aid; not because of a surge in altruism but because it is the most significant migrant route to Libya and the Mediterranean. 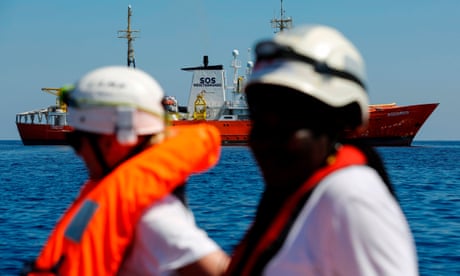 But when it comes to refugees, Europe should think differently about African states. Instead of just being objects of inducement and coercion, many should offer inspiration. Africa now hosts more refugees than any region of the world. And yet some are adopting pioneering solutions from which the rest of the world might learn. Filippo Grandi, the UN High Commissioner for Refugees, was correct when he said this week: “Those shouting about a refugee emergency in Europe or America should visit African communities giving refuge to millions with small resources.”

Take three East African countries: Ethiopia, Kenya, and Uganda. Their average GDP per capita is about 20 times less than Europe’s. And yet they collectively host about* 2.8 million refugees, more than the entire number to arrive in all of Europe’s 28 member states during the entire 2015-16 “refugee crisis”.

Uganda has been widely lauded as one of the most progressive refugee-hosting countries in the world. In contrast to many low-income host countries, it allows refugees the right to work and freedom of movement. It recognised from independence that enabling rural refugees to cultivate under-populated plots of land offered a means to support national development. By the 1990s, the approach had been formalised as “the self-reliance strategy”.

Research shows that both refugees and the host community benefit from the approach. Refugees can establish businesses, many of which trade with and employ host nationals. Even as Uganda’s refugee numbers swelled to 1.4 million during the recent South Sudanese and Congolese conflicts, the government remained staunchly committed to the approach. As new emergency camps have been created to accommodate recent arrivals, the right to work has encouraged the development of new local market towns, creating opportunities for many Ugandans.

Neighbouring Kenya’s refugee policies are generally regarded as far more restrictive than those of Uganda. Its “encampment policy” has denied its 500,000 refugees the right to work or move freely since the early 1990s. However, there has been recent progress, with Kenya recently opening a new refugee camp in Kalobyei along a similar self-reliance model. In contrast to the country’s established camps, it creates greater opportunities for agriculture and entrepreneurship, and a shared marketplace for refugees and the local population. The evidence suggests the model leads to higher incomes and better food security than in more traditional camps.

Ethiopia is also gradually moving from an approach based on encampment to one that supports self-reliance. At a global summit in New York in September 2016, it announced that it would commit to a series of nine pledges to refugee protection. Chief among these is the right to work and freedom of movement for its 900,000 refugees. The government is also pioneering new operational models to support job creation. For example, it is building state-of-the-art industrial zones, which will provide jobs to both refugees and Ethiopian nationals from 2019.

One of the main lessons we can learn from these examples is that the economic inclusion of refugees can be good for everyone. And yet European governments limit asylum seekers’ right to work. In the UK, refugees have to wait 12 months before they can apply for a restricted set of jobs.

But in order to make full economic participation possible, the communities which they are settling in need to support refugees. This becomes possible if they share in the benefits. Across Africa, development agencies preach the idea that effective refugee policies must also empower host communities. In Europe, host communities should similarly receive additional support for public services and jobs so that they perceive the presence of refugees as a benefit. Africa’s progressive models have only been possible because of local political champions, like Josphat Nanok, the governor of Kenya’s Turkana County. Creating change in Europe will require similar leadership.

Given that the overwhelming majority of refugees are not in Europe, it makes sense to invest in supporting refugees where they are, especially in African states with progressive approaches. Not all refugees need to come to Europe and most probably would not want to. Ironically, the numbers coming to Europe may be more likely to go down if we focus on creating socioeconomic anchors rather than deterrence and building walls.

None of these African models is perfect. But they remind us that, when it comes to refugees, positive things are happening beyond Europe. We should support Africa’s economic inclusion of refugees, and we might even learn from it.

• Alexander Betts is professor of forced migration and international affairs at the University of Oxford.