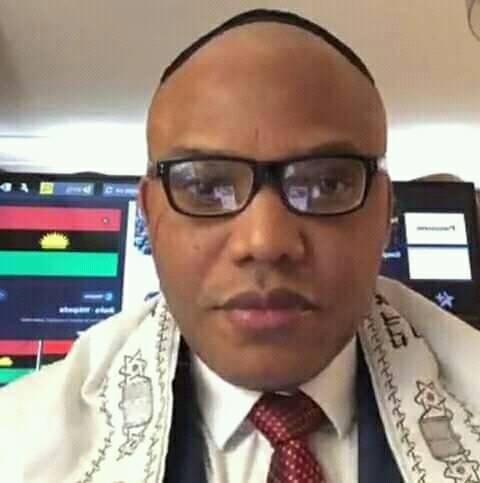 Okwesilieze Nwodo following the call by an elder statesman, Alhaji Tanko Yakassi, for Igbo presidency in 2023, the former national chairman of the People’s Democratic Party, PDP, Dr. Okwesilieze Nwodo, has declared that Ndigbo would join Nnamdi Kanu, to seek Biafra secession from Nigeria if South-East does not produce the president of the country in 2023.

Nwodo, who was also the former governor of Enugu State and national secretary of PDP, said that Ndigbo have suffered grievous marginalisation in Nigeria and should be given a chance to produce a president for the sake of equity and national unity.

He expressed this during an exclusive interview on Tuesday, adding that South-East geopolitical zone has been persecuted for over 50 years even though the region is more patriotic than any other geopolitical zone in terms of economic development of the nation.

He said “Yakassi’s call is very fair and that is the correct thing. In the first republic, the country was led by Tafawa Balewa, in the second republic, it was led by Shehu Shagari. And then, those of us in PDP made a very strong case to move the presidency to South East, because even the military people were all from the north, apart from Aguiyi Ironsi who presided over for a very short time.

“We managed to convince them at the party and Olusegun Obasanjo and Alex Ekwueme contested. That was when Obasanjo won and after his tenure, he handed power to another northerner, late Alhaji Musa Yar’Adua who unfortunately died in office and the Vice president completed the tenure. President Muhammadu Buhari will complete his eight years in office by 2023. Following equity, the presidency should come to the South-East because Obasanjo was president for eight years, now Yemi Osibanjo is also the vice president and would finish his eight-year tenure by 2023.

Tanko Yakassai, Mbazulike Amechi also Support Igbo Presidency “it would be a total disaster if we do not produce the next president because we have been terribly marginalised since the end of the civil war. For 50 years now, we have been persecuted for having fought for freedom. When will this marginalisation stop? Anybody who loves Nigeria and who wishes Nigeria well should go for Igbo Presidency in 2023 for unity, fairness, equity and for Nigeria to move forward".

“It is only an Igbo man who will not marginalise any part of Nigeria because we constitute the semen that hold the country together. We are the only tribe that you find in every nook and cranny of Nigeria; doing business and developing wherever they are as if it was their own place.

“I don’t believe that the Igbos are not united, there has never been a time when any region produced a consensus candidate, everybody emerged through primary elections. The last election was zoned to the north and Atiku Abubakar contested with other aspirants before he emerged PDP’s candidate, so did Buhari contest with other candidates before emerging the candidate of the All Progressives Congress, APC. There is no zone that has produced a candidate by consensus. It doesn’t matter how many people are interested, they will be subjected to party primaries and the person with highest vote will wins.

“I agree with Nnamdi Kanu in everything he says about the marginalisation of the Igbos. He, more than any other person has put it on the international map. If Nigeria tells the elites from South East that they would be treated as second class citizens in Nigeria, and that they can never be president, almost all of them will go with Kanu to fight for Biafra.

Anybody who wants to be a second-class citizen can support whoever he wants. Any Igbo man who wants to bequeath secured future for himself and generation yet unborn should support this call for Igbo presidency. In the spirit of fairness and equity, Nigeria should give the presidency to South East in 2023, otherwise, we will join him and fight for Biafra.