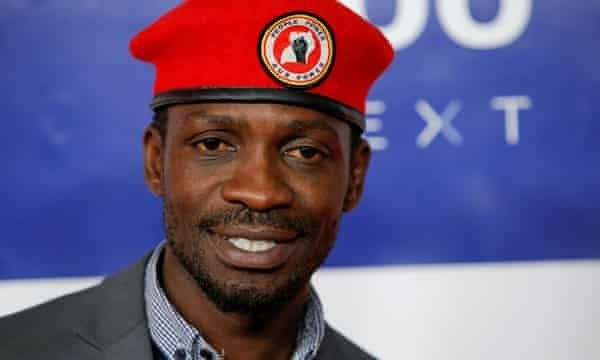 A report claimed that , Bobi Wine the Ugandan presidential candidate has been arrested and detained for the third time in two months, while campaigning in the country’s central region.
Following this report, Wine was arrested and taken to the capital Kampala in a military helicopter. Members of his campaign team were also detained, meanwhile he was accused by the police for violating a campaigning ban, which was established because of the covid19 pandemic, although areas where he was campaigning wasn’t covered by the ban.
However, it was also reported that the police were using teargas against some of Bobi Wine’s supporters who are seen  protesting on the streets over wine's arrest.