These Are The Key African Elections To Watch In 2020

Millions of Africans will go to the polls in 2020 to participate in the most sacred of all democracy’s rituals, to elect their leaders.

In theory, each election will give Africans the opportunity to shape their future by electing their preferred leaders to man the affairs of their countries. But as has been seen in previous elections in Africa, it’s never quite that straightforward even as some progress has been made.

As Witwatersrand University professor John Stremlau has written, “African politics is vulnerable to demagoguery and divisiveness but there’s also been a proliferation of progressive forces.” But that Stremlau meant moves by individual governments and institutions like the African Union to try and improve electoral processes and security. There has of course been varying degrees of success but it is seen as progress nonetheless.

Beyond the usual mix of ethnic and religious debates and rivalry in African national elections, other factors have had an impact on both the outcome and perception of the outcome of elections. One more modern factor is how open the political space is in each country. Of recent, African leaders have taken to shutting down of social media during these tense election periods as has been seen in Uganda, Chad, Gabon, Burundi and Togo.

These are some of the key presidential elections to watch.

Togo will hold the first African presidential election of the year on Feb. 22. Current president Faure Gnassingbé, who has been in power since 2005 when his father died, is expected to extend his rule as he’s now expected to be the sole candidate on the ballot. There have been significant protests in Togo of the Gnassingbé’s dynastic rule, given the president’s father seized control himself in 1967.

The country’s lawmakers last year okayed reforms limiting a president to two terms in office but Gnassingbé will be allowed to run for a further two terms if he wins. 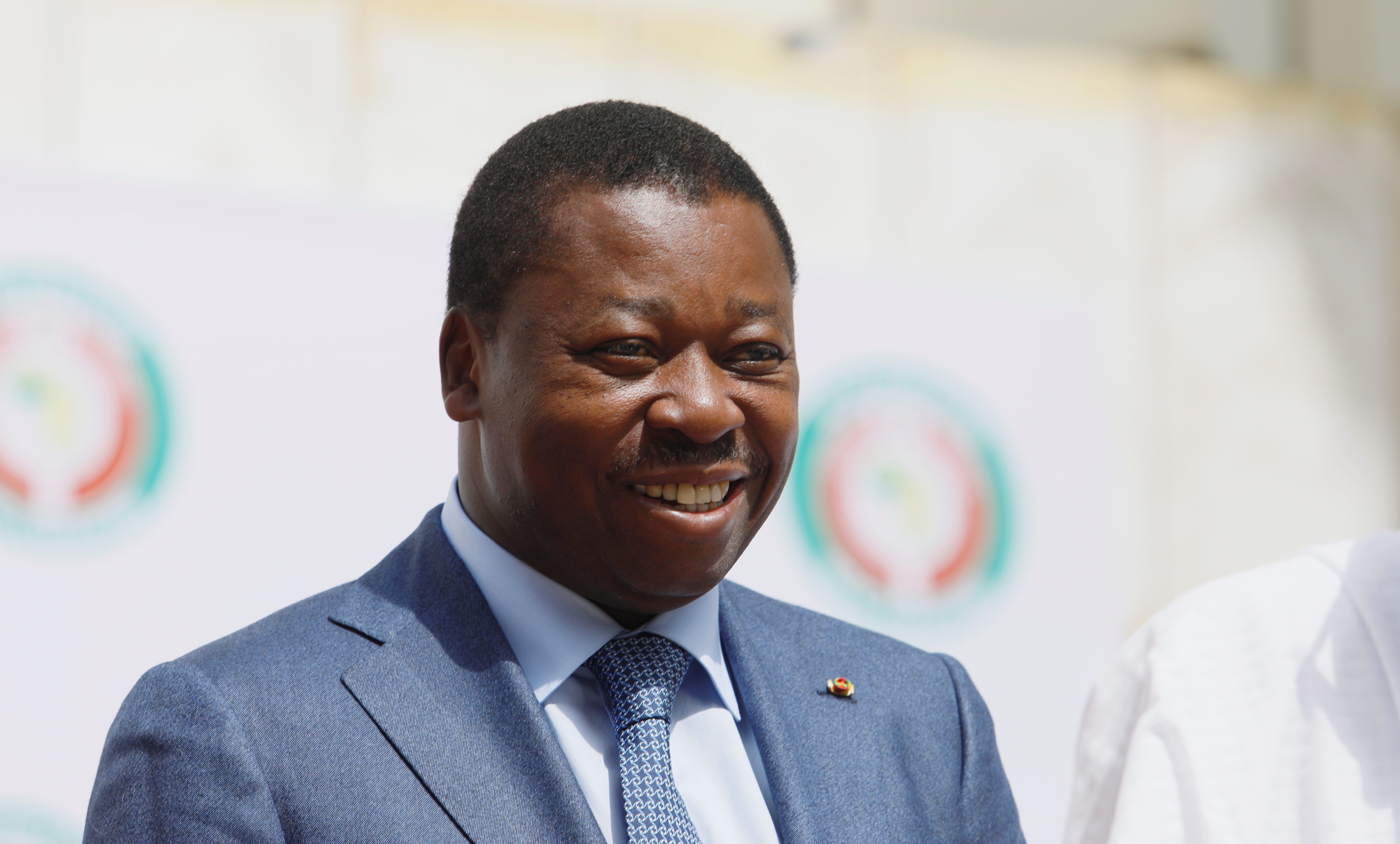 Burundi is expected to hold its election on May 20. Its colorful, soccer-playing and prayerful authoritarian president Pierre Nkurunziza seems to have abandoned his effort to run for re-election after altering the constitution to allow him to run until the 2030s. He has been in power since 2005 and his bid to stay in office has reopened all wounds that threaten to resurrect the Hutu/Tutsi divide that’s led to past bloody conflicts—one of which lasted from 1993 to 2005.

In 2016 the EU withheld aid to Burundi due to Nkurunziza’s government repression of opposition party members. As May’s election approaches, tension is running high between the ruling party, CNDD-FDD, and main opposition party, CNL. The main opposition alliance party, CNARED, has said it will return from exile in Belgium to participate in the elections for the first time since 2005 after skipping 2010 and 2015. 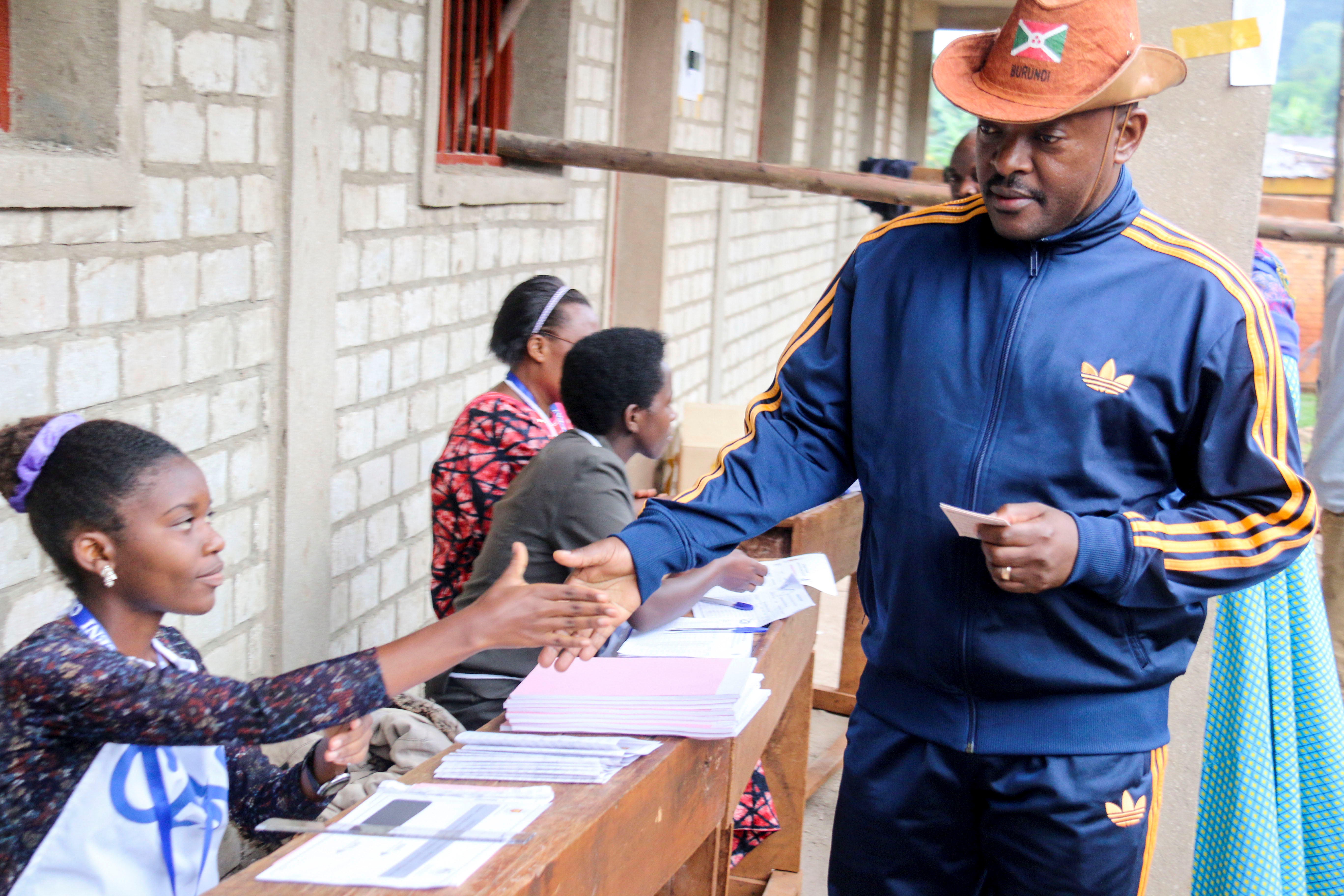 Burundi President Pierre Nkurunziza is registered by an electoral official before voting on a constitutional amendment referendum in Ngozi province, northern Burundi, May 17, 2018.

The election will be the second since the popular uprising of 2014 that forced out Compaoré and may its most crucial as large swathes of the northern regions of the country have become overrun by terrorist activity. Burkina Faso is now at the epicenter of a spreading Islamic insurgency in the Sahel, which even the support of the French military, has seen the killings and attacks on hundreds of Burkinabes. The violence may still impact the election in some places and whoever wins will have to contain the fast-expanding destabilization caused by the militants. 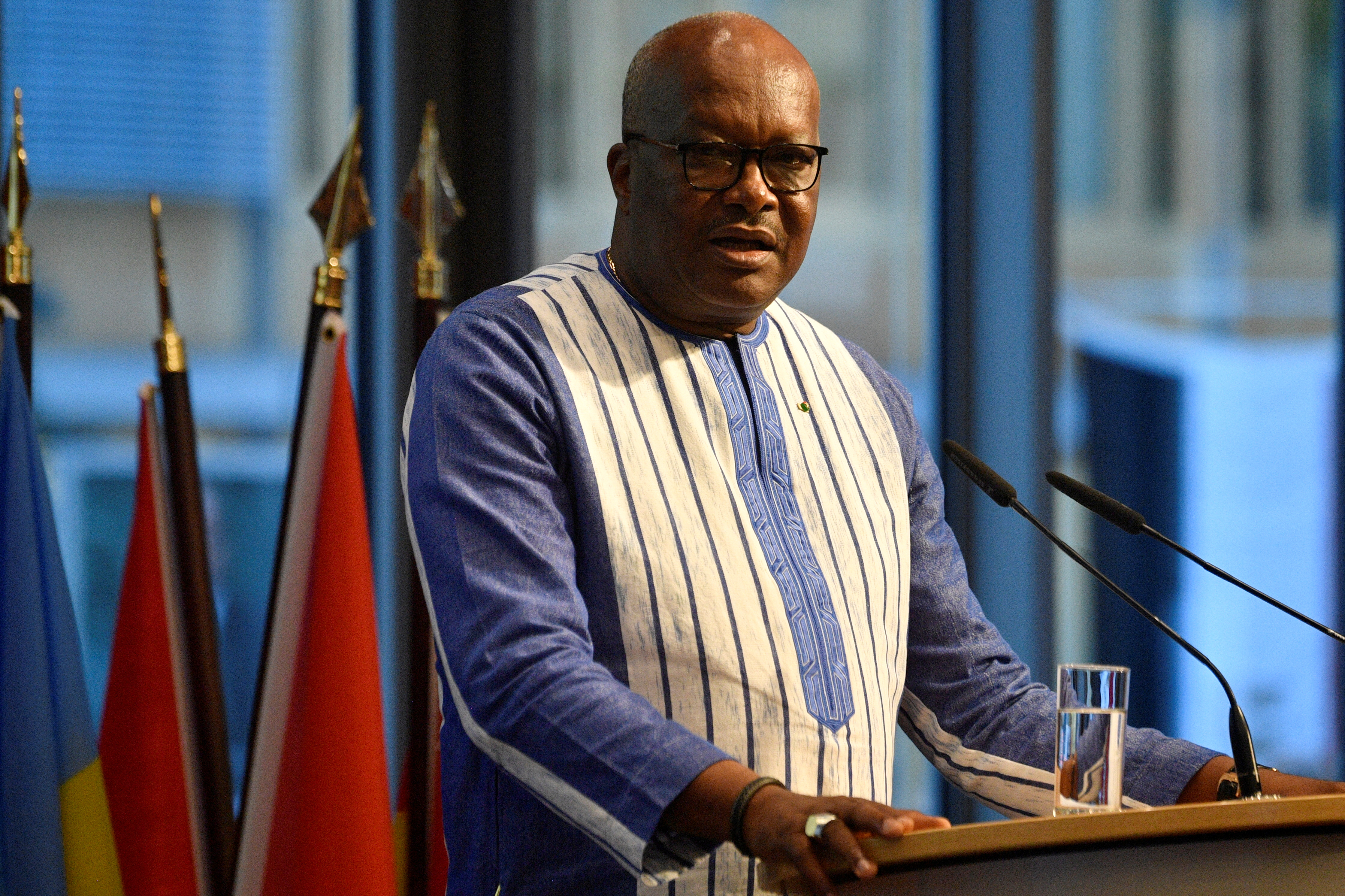 The presidential election in Tanzania is going ahead despite suggestion by a Tanzanian lawmaker last April president John Magufuli would defeat any opponent against him so the country would do well to use the money for election to pursue developmental projects. Going by the conduct of local elections in November where social media was shut down and opposition leaders were harassed, disqualified and forced to ultimately boycott the election this is probably the election that has the potential to disrupt the peace of one of the most stable countries in Africa.

Magufuli, 60, recently told his party, Chama Cha Mapinduzi (CCM), that he had no intention to run for a third term when his current term ends in 2025, not 2020. For him and the members of his party, which has won every elections since multiparty systems began in 1992, it is a forgone conclusion that he would win reelection in October. But at the same time Magufuli’s increasing authoritarianism and the international criticism he’s received will give hope to any opposition party that this might be the time to challenge the orthodoxy. 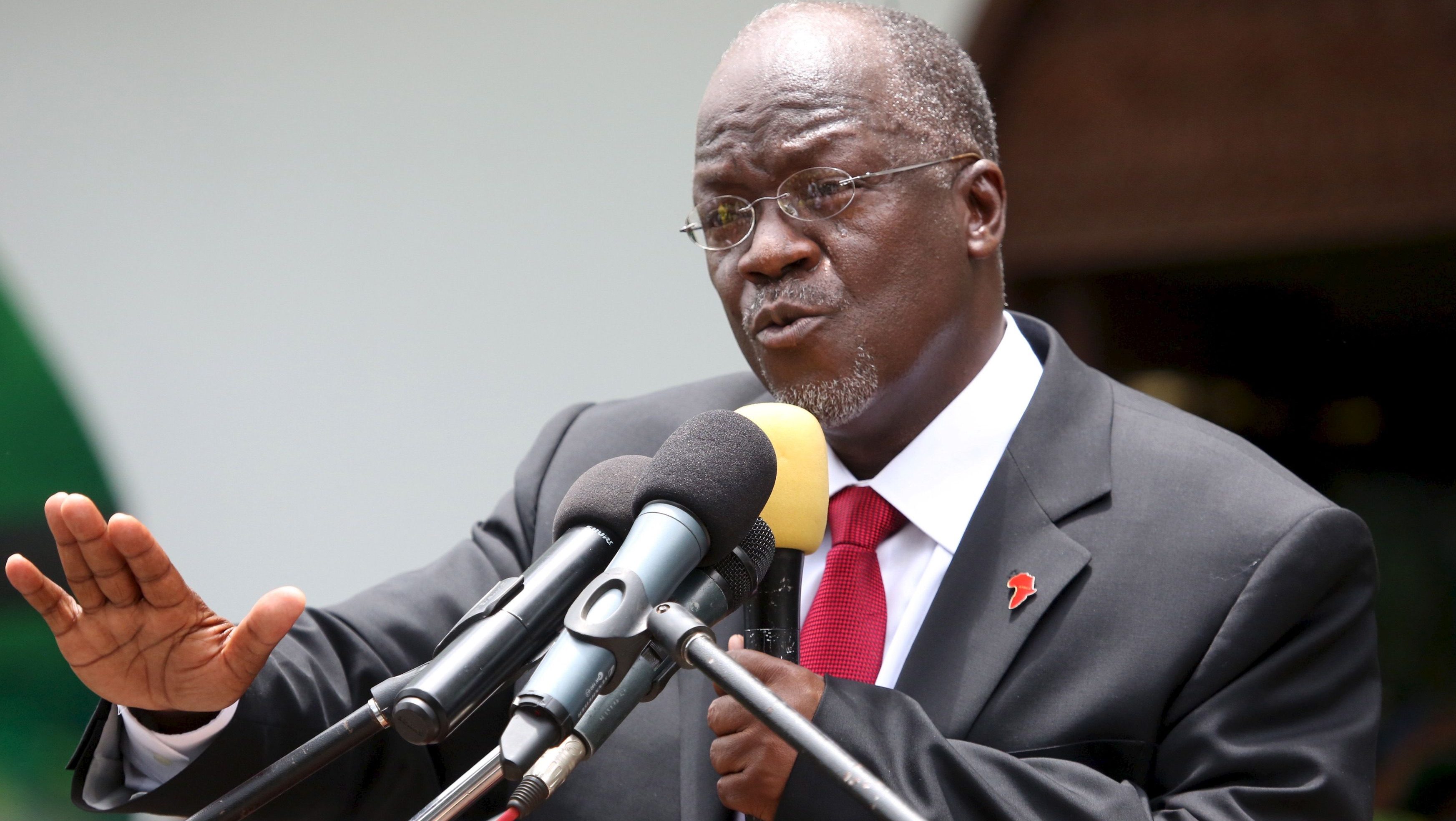 In Côte d’Ivoire, presidential elections will be held on Oct. 31. Incumbent president Alassane Ouattara has served two five-year terms (2010 – 2020) in office. If he abides by the constitutional provisions, he will not seek a third term.

Though Quattara, 77, has indicated a willingness to hand over to a new generation, he has also argued that the 2016 constitutional change invalidated pervious term limits. He recently warned that he would seek a third term if his predecessors decide to run in the 2020 election. Quattara was referring to two former presidents, Laurent Gbagbo and 85-year-old Henri Konan Bedie.

Gbagbo, 74, could run for president after the International Criminal Court in The Hague acquitted him of crimes against humanity. With the collapse of the coalition that brought Quattara to power and as Bedie’s party prepares to announce their presidential candidate, Ivorians hold their breath worried their country might descend into another civil war after living through two wars over the last two decades.

The concerns have been exacerbated by the drama after the government issued an arrest warrant for presidential candidate Guillaume Soro in December. The 47-year old former rebel leader was set to return after a six-month absence to run for office.

The Ghanaian presidential election is shaping up to be a repeat of the 2016 election, which was a repeat of the one before it. Former president John Mahama is the candidate of the opposition National Democratic Congress that will take on incumbent president Nana Akufo-Addo, who is running for re-election for the New Patriotic Party.

In 2012 when they first ran against each other, Mahama, 61, won. In 2016, Akufo-Addo, 75, won. The only intrigue in 2020 is for Ghanaians to decide, after four years of each man, the question is which one served Ghana best? Akufo-Addo is milking his government’s Year of Return campaign which has won global plaudits in the way it’s opened up the country to the African-American and Caribbean diaspora. Some have even relocated to Ghana.

But for day-to-day most Ghanaians are far more concerned about the sluggish pace of economic development and persistent reports of corruption. And younger Ghanaians in particular are wondering why they seem to have no other credible and viable choices beyond these two men. 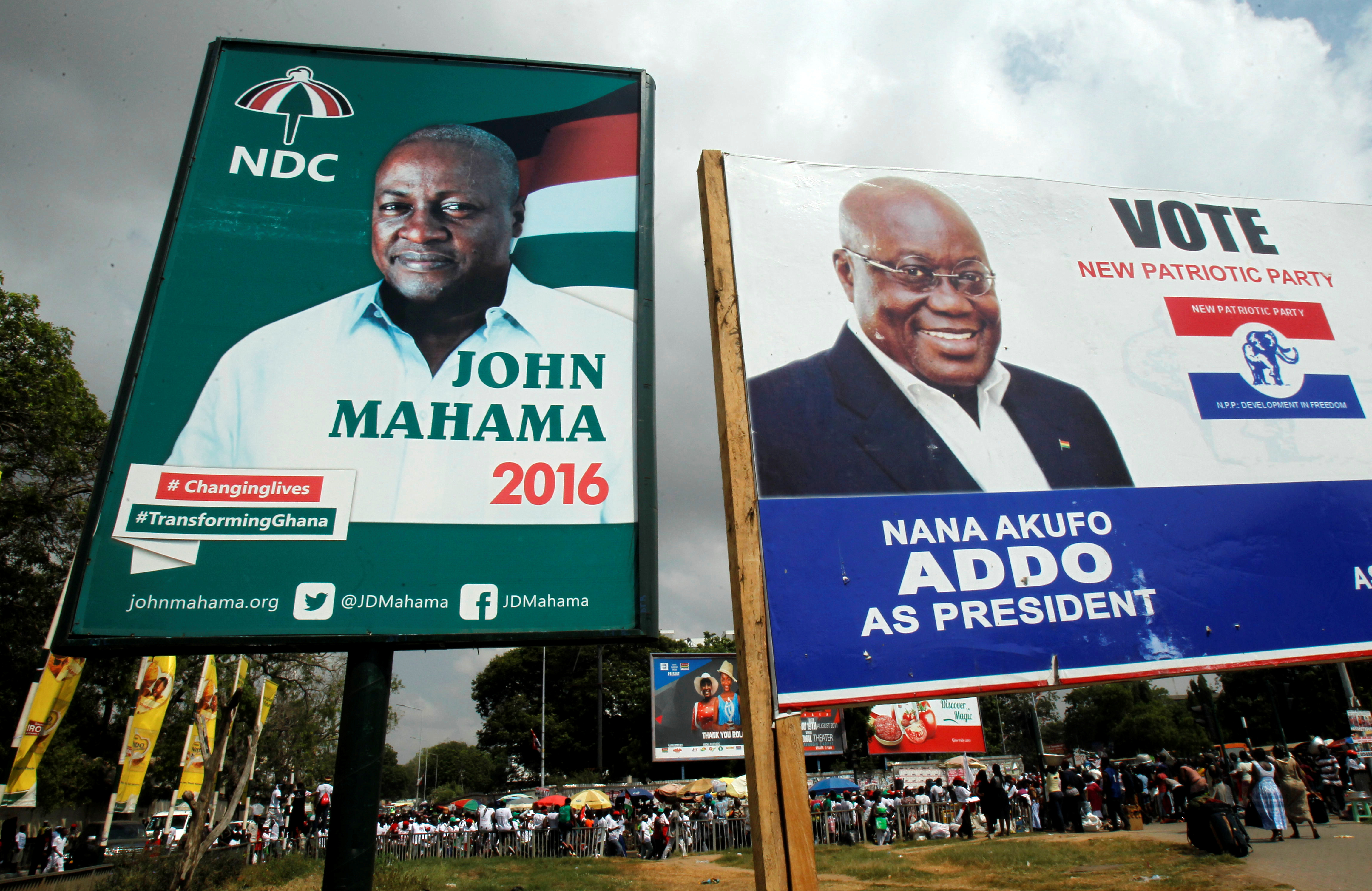 In Central African Republic (CAR), the country is in danger of returning to its recent violent past as its former president Francois Bozizé returned to the country after more than six years in exile. He is threatening to run for president in December in a country that is still largely controlled by violent rebel groups that came into place as a result of years of his misrule.

In Bozizé’s absence, the Russians have signed a military deal with president Faustin Archange Touadéra, with Russian mercenaries protecting the president and working on finding peace in a country deeply divided along ethnic and religious lines. How the Russians will influence the election is up in the air. 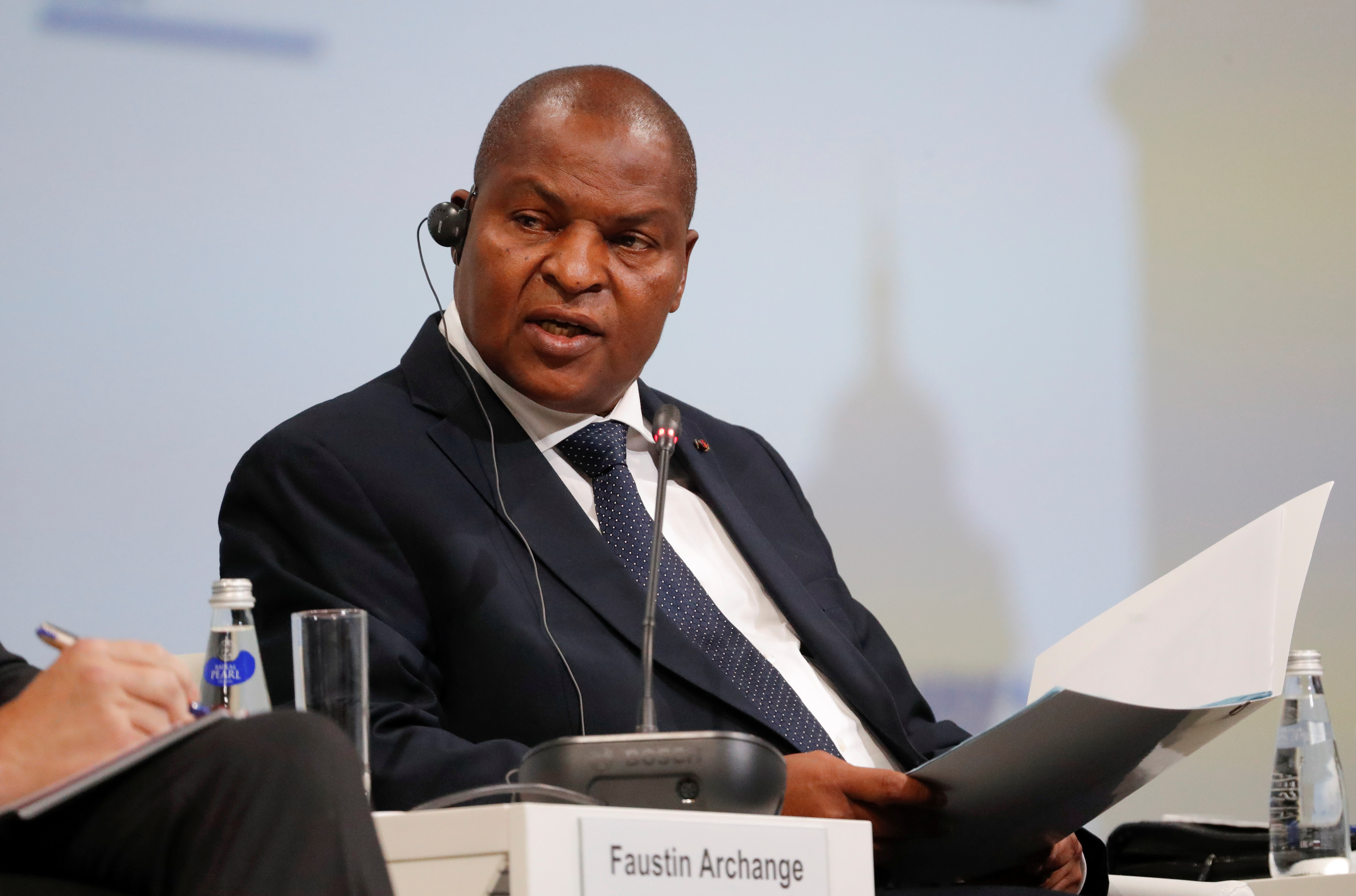 Of the non-presidential elections it will worth watching Ethiopia parliamentary elections which are due in May or June and are another step in prime minister Abiy’s democratic reform agenda..