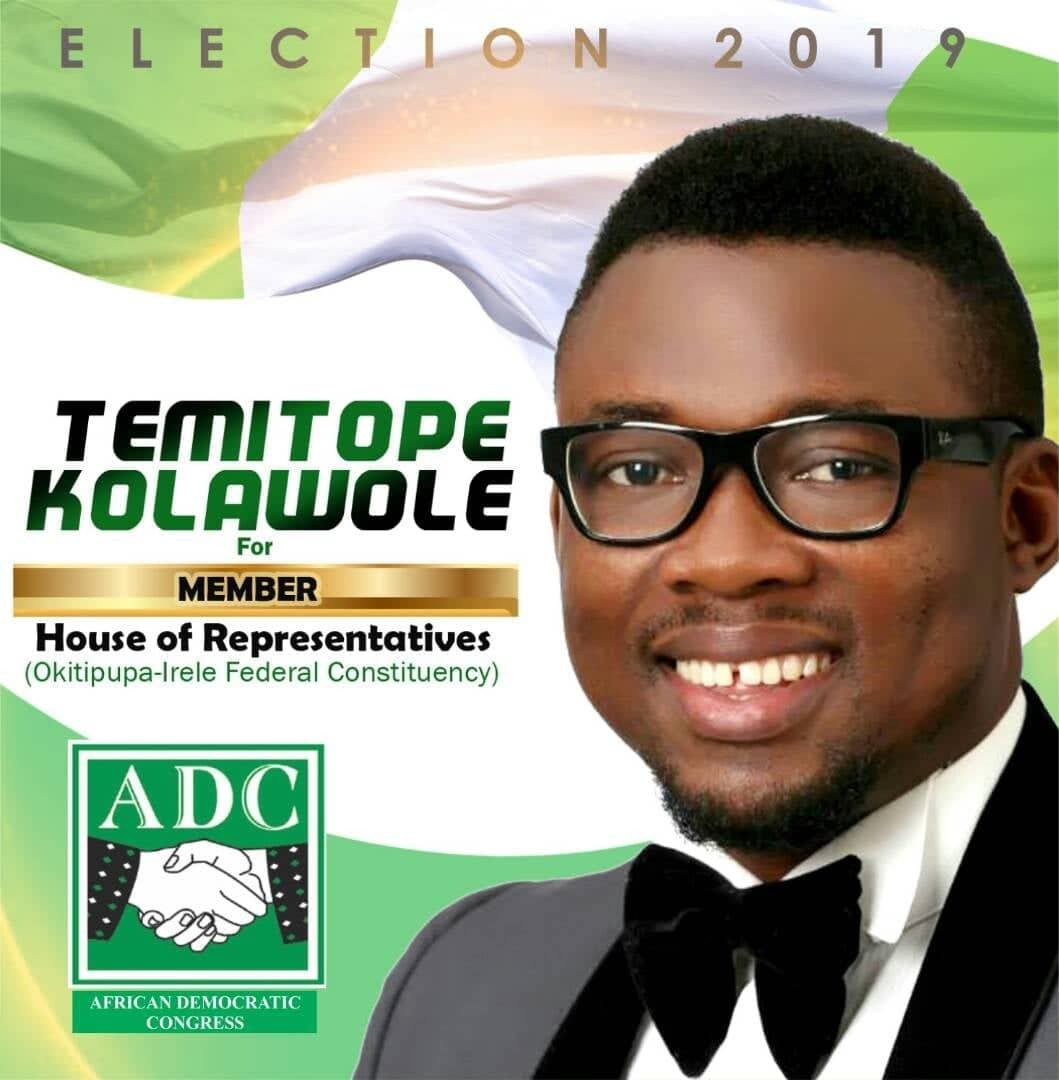 Temitope Olugbenga Kolawole was born on the 25th of October 1983 in Akure area of Ondo state Had his primary Education at Olufunmilayo international Nursery and primary school Akure Ondo State. After he proceeded to Aquinas College Akure. Temitope bag his B.sc in Economics from prestigious Madonna University in Okija,Anambra State and later proceeded to University of Trier in Rhineland palatinate in Germany where he studied M.SC in Economics with major in Developmental-Economics Temitope enjoyed several scholarship; cowbell competition award 1998, annual merit academic award from Ondo state scholarship board. He is fellow of Institute of Economics, Institute of management. An human right activist. Ambassador/Advocate for UN-SDG's. A known voice representing women across globe most especially the rural and underserved. The initiator of legal-aid (pro-bono) service to indigents across board Had 6years of investment banking and retail respectively He is the founder of Assured Future Empowerment Initiative (an NGO affiliated with United Nation) with which concentration is on mind-building,Leadership and rural women empowerment. In 8years of effective existence AFEI as registered about 10,000 pupil in school and empowered nothing less than 5000 women all around the country and some part of Africa. Awards; *Most Ouspoken student 'Madonna University' 2007 *Lagos State Governor honors award...2008 *NYSC community development award...2009 *Outstanding youth of the year... Apapa local government...2010 *Community development award...Shomolu local government..Lagos state..2012 *Community development award...Akamkpa youth council. Cross river state..2013 NAOSS Award 2015 NAOSS COMMUNITY DEVT AWARD 2017 HOWGA DEVT AWARD 2017 In Temi's words "Good day, friends, fathers, and mothers. I would like a bit of your time to quickly present my reasons for contesting the next elections in Okitipupa-Irele federal constituency for membership of the House of Representatives and to rally your support.
My name is Temitope Kolawole, born over three decades ago to hardworking parents whose story is the common story of many and who’s good and down times have been affected invariably by decisions made at the corridors of power.
As a kid, I watched the struggles of families and saw the most disadvantaged in the streets. Slowly as I grew, it dawned on me I should not always be an onlooker. I could really make a change.
As a Youth Corp member, I immersed myself into community service and my efforts were kindly acknowledged by the Lagos State government. Encouraged by this, I continued with giving myself to those who needed a shoulder to lean on. Even as I worked to earn a living, I considered this a part of me which I could not deny. The nagging feeling to do something to make a change often would interlude my struggle to gain more knowledge, and to prepare myself for a greater task I feel is imminent.
It did not take long before I realized I could do a lot more by seating in that chamber where laws are made, to represent you with the same compassion, and forthrightness that has spur on my Assured Future Empowerment Initiative, and the UN-SDG engagement.
Even though I am proud of our achievements so far, having enrolled ten thousand students in school and empowering five thousand women, I feel the need to input speed as to be able to do far more.
If you give me your mandate, I will be able to do more, and put to use the great ideas which many of our truly dependable comrades have shared, also, to make you proud as I render excellent representation. I cannot do this alone. Your financial, as well as moral support is what can make this happen. As we move on with our campaign in the *ADC*( African Democratic Congress) party.
I want to count on your help, so we may bring about the right future for us and our kids.

Let’s do this together! Your donation to the GoFoundMe account link below will be most appreciated as acknowledgement is dully forwarded.