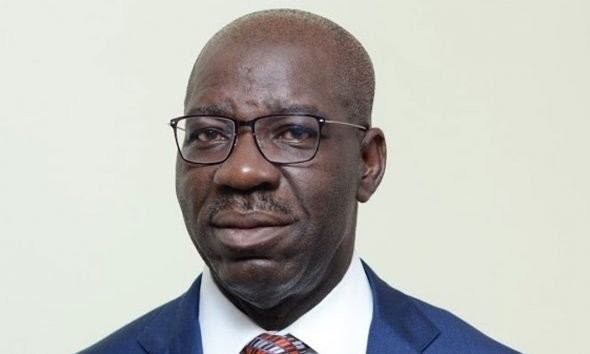 Edo PDP congratulates Gov.Obaseki on his victory from the federal high court.

The Peoples Democratic Party (PDP), in Edo State, has congratulated the executive Gov. Godwin Obaseki on his victory at the Federal High Court, Abuja in the alleged certificate forgery suit.

As the reports claimed,  the all progressive congress APC and one of its chieftains, Mr Williams Odobor took their ground to dragged Obaseki to court for allegedly forging the University of Ibadan degree certificate he submitted to INEC to aid his qualification for the Sept. 19, 2020 governorship election in Edo.
However, The plaintiffs asked the court to disqualify Obaseki and his party from the polls in the event that Obaseki was found to have forged his University of Ibadan degree certificate obtained in 1979.
As it turned out in a tougher dimensions, a judgment delivered by Justice Ahmed Mohammed of the Federal High Court, Abuja on Saturday, dismissed the alleged certificate forgery case.
Meanwhile, Justice Mohammed dismissed the case on the grounds that the plaintiffs had failed to justify their case to the clear of the audience in court.
The PDP Publicity Secretary Edo chapter, Mr Chris Nehikhare, reacted to  this judgment and he stated that the judgment was proof that Obaseki’s government was elected by the Edo people and had the blessings of God.
He also added to his statements by  calling on the APC to join the government to build a society where hard work was rewarded, hate condemned and love for a prosperous state the driving spirit of every being.
And to him, it is the most honourable thing to do, it is the most noble step to take and move Edo to a greater level.