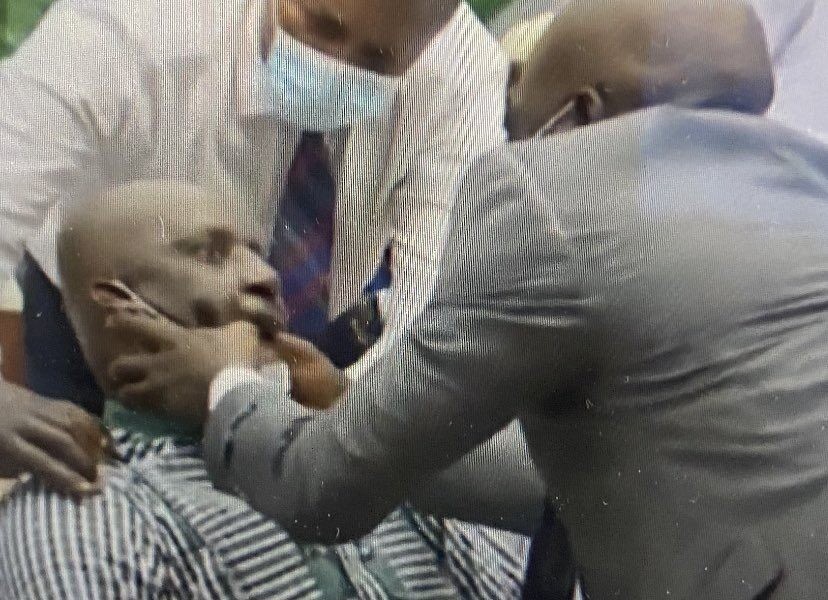 Its quite unsavory to acknowledge such monumental rot of a corrupt drama in Nigeria.

The People’s Democratic Party (PDP) has said the dramatic collapse of the Acting Managing Director of the Niger Delta Development Commission (NDDC) Daniel Pondei while being grilled by the House of Representatives further underscored the weight of corruption that has bedeviled the All Progressives Congress (APC) administration.

In a statement on Monday by the spokesman of PDP, Kola Ologbondiyan, the party said it was obvious the embattled NDDC boss collapsed under the weight and shame of overwhelming collective guilt brought on him by exposure of massive corruption being perpetrated by NDDC officials.

The statement said: “It is revealing that Pondei could go no further in the face of scathing revelations of direct pillaging of resources meant for the development and welfare of the Niger Delta people, in an unbridled corruption racket, in which the Minister of Niger Delta Affairs, Godswill Akpabio, also stands accused.

“It is rather unusual that Prof. Pondei slumped after lawmakers demanded that he offers explanations on the contentious payment of billions of naira, alleged unbudgeted sums, to certain companies by the NDDC.

“This is particularly as Nigerians recall that the embattled NDDC boss had, last week, stalled proceedings by challenging the legislators and walking out on the House of Representatives investigative panel.”

PDP restated its call on President Muhammadu Buhari to immediately suspend the Minister of Niger Delta Affairs, Godswill Akpabio as well as disband the NDDC Interim Management Committee (IMC) for the ongoing probe to yield any credible results.

The party urged President Buhari to note that the people of the Niger Delta region, who are being deprived of their welfare, are following the development with keen interest.

This is complicating that corruption has become too unbridled to deprive the masses of their welfare.