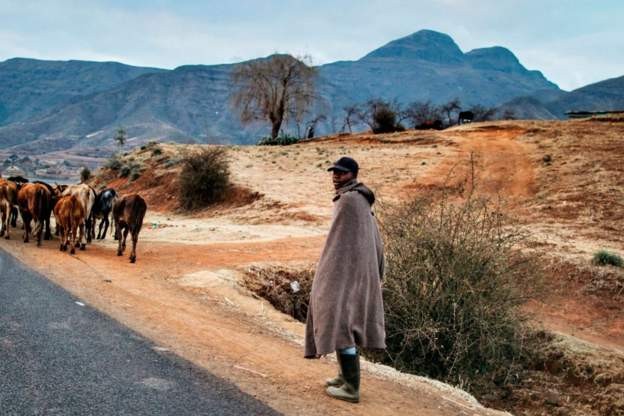 Thousands of mohair farmers have marched to parliament in Lesotho's capital, Maseru, to protest against laws that force them to sell their goods to a Chinese broker.

Farmers accuse the broker of failing to pay them for their wool and mohair - a key agriculture export for the small mountain kingdom.

Several government members as well as most opposition parties and the king's brother joined the march, which was accompanied by bells, whistles, songs and speeches.

"We will not sell our wool and mohair to the Chinese, we would rather burn it," Mokoenihi Thinyane, chairman of the National Wool and Mohair Growers Association, told protesters, the AFP news agency reported.

On Thursday, the government suspended the monopoly deal for three months to allow farmers to sell their wool internationally.

But they want this to be the norm.

"We will fight this war by legal means and if we don't win, we will resort to other means," AFP quotes the spokesman for the opposition parties Selibe Mochoboroane as sayiny.