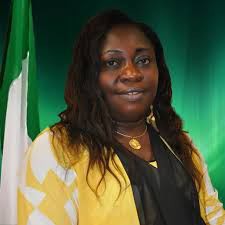 Lagosians go to the poll today to elect local government officials, a video is making the rounds online of the two major parties PDP and APC accusing each other of voters intimidation, in the video Senator Rita Orji of the PDP representing Ajeromi Ifelodun Local Government Area can be seen having a verbal confrontation with an APC member, the APC member confronted Senator Rita Orji telling her it is unlawful to go around poll stations with security details or military personal, that this is against the electoral law. But the senator claimed she is a legislator and the security personals were there to protect her and the allegations against her are all lies, she also accuses APC of scare tactics and intimidating PDP voters. So far it has been reported the election is peaceful to some extent but voters turnout is poor because of the heavy rain fall across Lagos today.