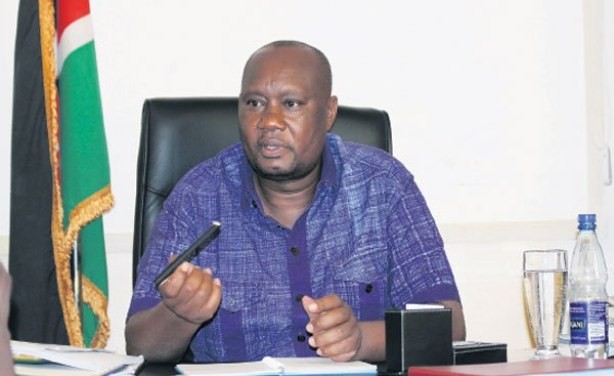 The four were arraigned at the Anti-Corruption Court in Milimani, Nairobi, on Wednesday after being held in cells for more than four hours at thr Integrity Centre -- the headquarters of the Ethics and Anti-Corruption Commission (EACC).

The court heard that they engaged a company known as Madam R Enterprise to conduct a feasibility study on waste management, yet it had not been budgeted for.

Mr Ojaamong and the officials were accused of defrauding the county government of Sh8 million.

They faced various counts -- including abuse of office, conspiracy to commit an economic crime and engaging in a project without proper planning.

Others charges included wilful failure to comply with the law relating to management of public funds and fraudulent acquisition of public property.

They denied all the charges.

They include Mr Timon Otieno and Mr Leonard Wanda.

The court heard that they committed the offence between March 15 and September 25, 2014.

They are jointly accused of conspiring to commit an economic crime by engaging in a scheme to defraud the county government of Busia of Sh8 million by entering into a memorandum of understanding (MOU) for the study.

Mr Ojaamong is being accused of intentionally entering into an MOU with the firm even though he knew that the study had not been budgeted for in the year 2013/2014.

He is said to have entered into the contract while in Berlin Germany on April 7, 2014.

The Busia Governor is also accused of abuse of office to improperly confer a benefit.

Read the original article on Nation.