'Hate In The Streets' Has No Place In Germany, Says Merkel 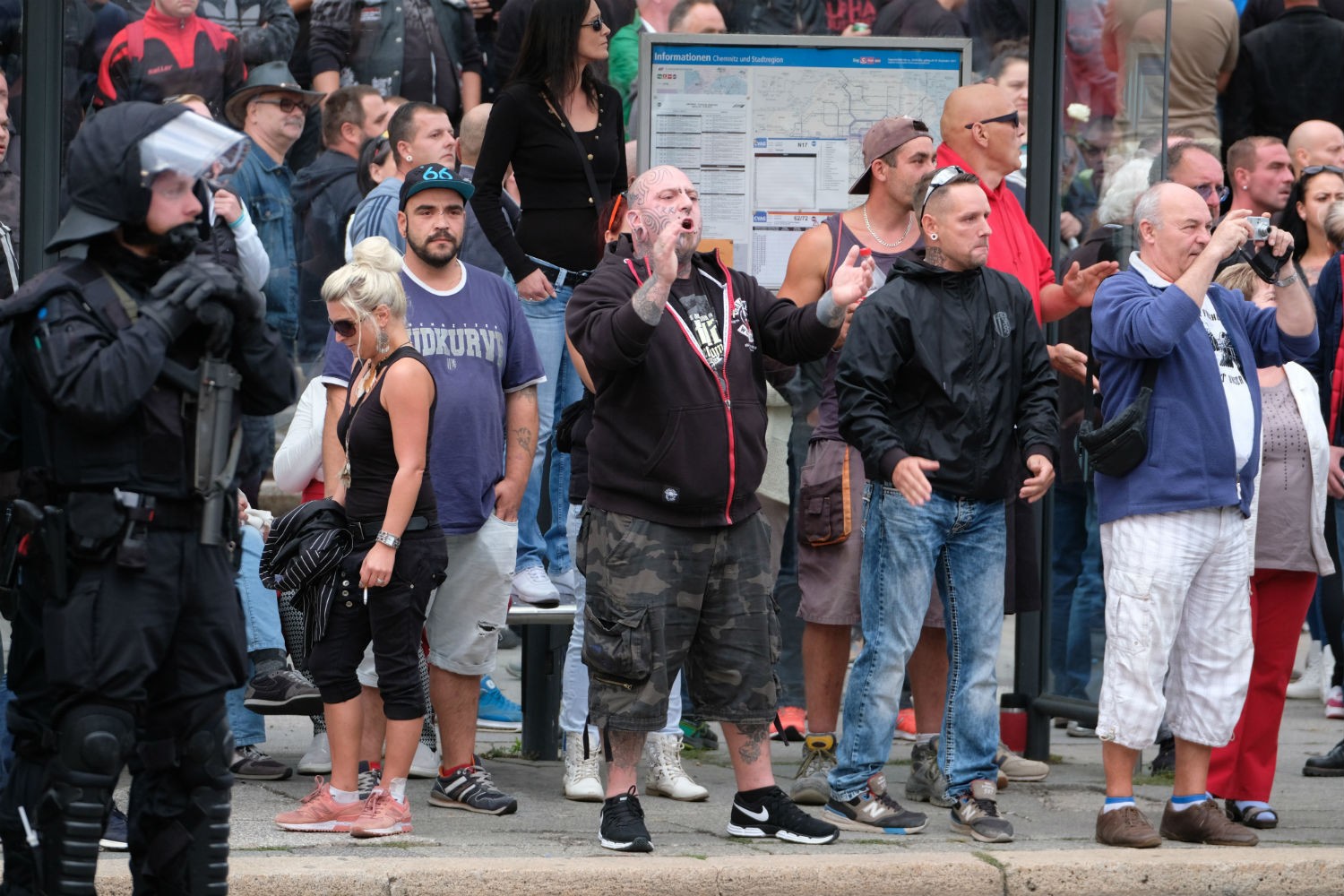 Chancellor Angela Merkel on Tuesday condemned violent far-right protests that degenerated into attacks against foreign-looking people, saying "hate in the streets" has no place in Germany.

After the fatal stabbing of a German man, 35, allegedly by a Syrian and an Iraqi, thousands of protesters marched in the eastern city of Chemnitz for two straight days, some chasing down people they believed were immigrants.

Police reported assaults by extremists against at least three foreigners on Sunday, while investigations were opened in 10 cases of the protesters performing the illegal Hitler salute.

At least 20 people were injured on Monday as pyrotechnics and other objects were hurled by both far-right demonstrators as well as anti-fascist counter-protesters in the city.

"What we have seen is something which has no place in a constitutional democracy," Merkel told journalists.

"We have video recordings of (people) hunting down others, of unruly assemblies, and hate in the streets, and that has nothing to do with our constitutional state."

"Of course history is not repeating itself, but that a far-right mob is on a rampage in the middle of Germany and the authorities are overwhelmed, is reminiscent of the situation during the Weimar Republic," noted Spiegel Online.

The Weimar years were marked by the formation of paramilitary groups, such as the Sturmabteilung or SA, which eventually helped the Nazis to power.

Spiegel was responding to news that six people were injured on Monday as pyrotechnics and other objects were hurled by the far-right camp as well as anti-fascist counter-protesters in the east German city of Chemnitz.

The unrest started after the fatal stabbing of a German man in the town, allegedly by a Syrian and an Iraqi.

Josef Schuster, who chairs the Central Council of Jews in Germany, also voiced his alarm, saying it is "now the responsibility of citizens to counter the far-right mob".

"It must never be accepted in Germany again for people to be attacked because of their appearances or their backgrounds."

Anetta Kahane of the anti-racism Amadeu Antonio Foundation told rolling news channel NTV that people have the right to demonstrate.

But he added: "What happened in Chemnitz went beyond that -- it was incitement to hatred and the propagation of pogrom sentiment."

Noting that chatter among far-right sympathisers online is "extremely brutal, as calls are made blatantly for murder and killings", Kahane said authorities need to crack down.

Saxony state, where Chemnitz is located and which is the birthplace of the Islamophobic PEGIDA street movement, has repeatedly come under intense scrutiny as it is a hotbed for hate crimes.

Misgivings run deep in the state against the arrival since 2015 of more than a million asylum seekers, many from war-torn Syria and Iraq.

Railing against the newcomers, the far-right AfD party has made significant gains in the state and is poised to become the second biggest party in Saxony's regional elections next year.

With a new demonstration expected from 2pm outside the Saxony state parliament in Dresden, criticism grew louder against the authorities' failure to keep the far-right in check.

"The state can never allow our streets to be overrun by far-right mobs," said Bild daily, adding that at the same time, Berlin needs to promptly deport criminal foreigners.

"For too long, nothing has been done. That's why confidence in the state is buckling. That's why racists like in Chemnitz think they can do what they want. Nothing can be more dangerous for our country."

Frankfurter Allgemeine Zeitung noted that "where such hunting down of foreigners is possible, the rule of law has abdicated," while Die Welt daily warned that "the rule of law and police now stand before a test".

"There cannot be a zone of violence, there is no such thing as partial security," said Welt.

Amid the alarm, criticism grew against Interior Minister Horst Seehofer for not making a public statement on the violence.

"Could be that some of his voters in Bavaria are secretly pleased that people are running through Chemnitz shouting 'foreigners out'. But that can't mean that the interior minister and leader of the CSU party ducks under cowardly," said Spiegel.

"It is time for Seehofer to take a stand."