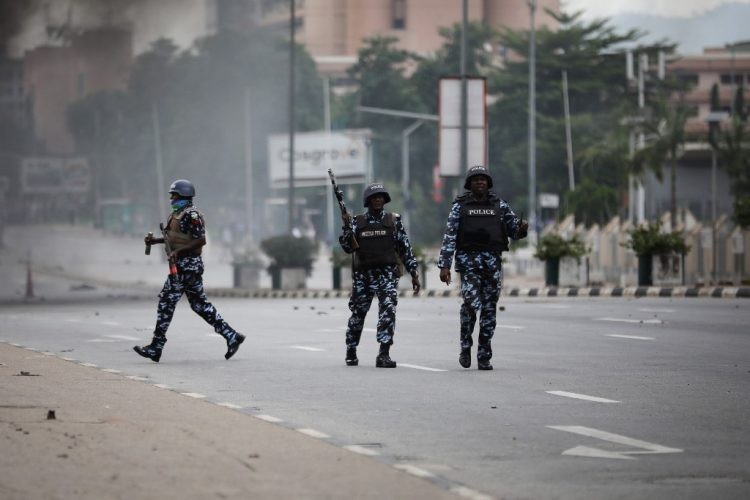 Tension took over the city of owerri as some groups of Security forces  engaged gunmen in massive gun-battle with hoodlums who attempted to burn down the Orji Divisional Headquarters located at Owerri-Okigwe Road.

There was serious commotion in the area as people ran helter and skelter with sporadic shootings heard in different direction.
Many motorists abandoned their vehicles and fled on foot while traders quickly locked their shops before fleeing.
However, Incorporated team of policemen, air force and soldiers engaged the hoodlums numbering about 20 in vicious battle to recoup the police station being reconstructed.
Bala Elkana the spokesman of Imo State Police Command stated that the police and others were able to repel the gunmen and prevented them from destroying the police station.
According to him, some hoodlums in their number launched an offensive on the reconstruction site of Orji Divisional Headquarters which was earlier burnt by hoodlums during the #EndSARS protest in 2020.
Elkana also added that the hoodlums, who believed that the re-establishment of a functional police station might prevent them from carrying out their nefarious acts in Orji and environs, decided to invade the construction site.
Meanwhile, before the arrival of reinforcement team, the hoodlums melted into the neighbouring townships area but abandoned their operational vehicles, adding that the Commissioner of Police, Imo State, CP Abutu Yaro, fdc personally led an enforcement agencies  to the scene.
He said the whole area was cordoned off and that five suspects were arrested, adding that no life was lost, while three vehicles were recovered.