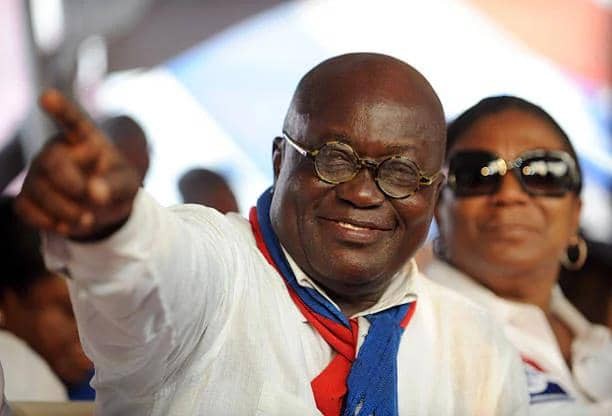 The results for Ghana Presidential election has been announced with Nana Akufo-Addo, the candidate of the New patriotic party NPP emerged the winner of the 2020 election.
Akufo-Addo was declared winner of the election by Jean Mensah, the chairperson of the electoral commission of Ghana on Wednesday evening, December 9.

According to reports by  Mensah Akufo -Addo won the election with the total votes of 6,730,430, while former President John Mahama who happens to be his opposition candidate was left with 6,214,889 votes.
Mensah Further states that, the total valid votes cast during the election were 30,434,574, representing 79 percent of registered voters. And he also added to his statements that the election was held peacefully.