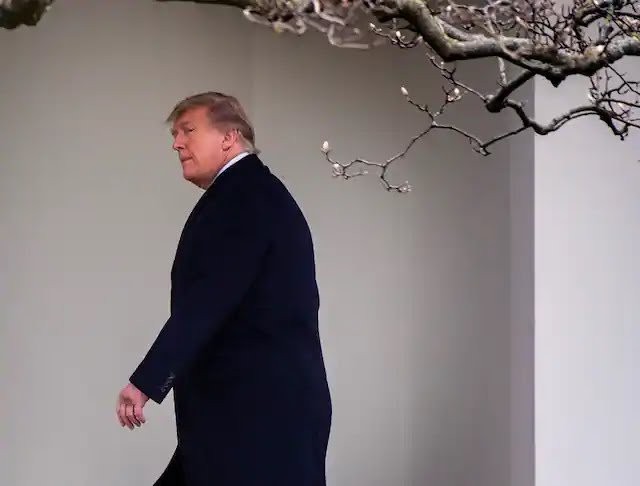 President Trump urged fellow Republican Brad Raffensperger, the Georgia secretary of state, to “find” enough votes to overturn his defeat in an extraordinary one-hour phone call on Saturday, that legal scholars described as a flagrant abuse of power and a potential criminal act.

However, this reports obtained that Donald Trump alternately berated Raffensperger, which he  tried to flatter him and pleaded with him to act and threatened him with vague criminal consequences if the secretary of state refused to pursue his false claims, at one point warning that Raffensperger was taking “a big risk.” which will definitely take another dimension in the society.
But on the response to him on call, Raffensperger and his office’s general counsel kicked against Trump's ideas, explaining that the president is relying on debunked conspiracy theories and that President-elect Joe Biden’s 11,779-vote victory in Georgia was fair and accurate to the masses satisfaction.
Meanwhile, President Trump walks to the Oval Office to dismissed their argument after returning from Florida on  Thursday. He stated that
“The people of Georgia are angry, the people of the country are angry,” “And there’s nothing wrong with saying, you know, that you’ve recalculated.”
In response to him by Raffensperger, he said “Well, Mr. President, the challenge that you have is, the data you have is wrong.”while At another point, Trump said: “So look. All I want to do is this. I just want to find 11,780 votes, which is one more than we have. Because we won the state.” into to justify how free and fair is being practice in the during the election.