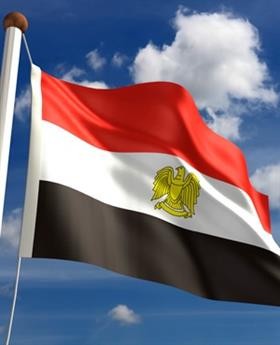 A decision by Egypt's new health minister to have intercoms in state hospitals play the national anthem every morning, followed by a recitation of the Hippocratic oath, has set off a storm on social media across the country.

The minister, Hala Zayed, insisted Tuesday's decision will help promote "patriotism and loyalty" of all hospital staff members as well patients in the state-owned facilities. She also stressed the recitation of the Hippocratic oath — generally taken by all new physician receiving a medical degree and attributed to Hippocrates of ancient Greece, often called the Father of Medicine - would remind doctors of their "professional ethical code and humanitarian role."

Ministry spokesperson Khaled Megahed defended the decision, saying it's "in the interest of doctors" and would be enforced in all state hospitals in Egypt.

However, many Egyptians took to networking sites on Wednesday, ridiculing the move. Some suggested Zayed should instead focus on improving conditions in derelict and overcrowded state hospitals, which often lack basic supplies.

Veteran comedian Adel Imam mockingly suggested a hospital should "play the national anthem both when it receives a patient and when he is discharged."

Prominent journalist Anwar el-Hawary called for the minister to be sacked.

"Mental health is an important condition for public office tenure," he wrote on Facebook Wednesday.

Zayed's edict may simply be seen as a case of patriotic overdose amid a wave of new-found devotion for all things Egyptian.

Since taking power in 2014, President Abdel-Fattah al-Sisi, who led the military overthrow of the elected but divisive Islamist President Mohammed Morsi in 2013, has struck a patriotic chord among Egyptians.

The president is known to frequently repeat his favorite mantra of "Long Live Egypt!"

The surge in patriotism has to a large extent been fanned by state-run media.