Cameroon's Under 35s Have Only Known One Leader: Biya 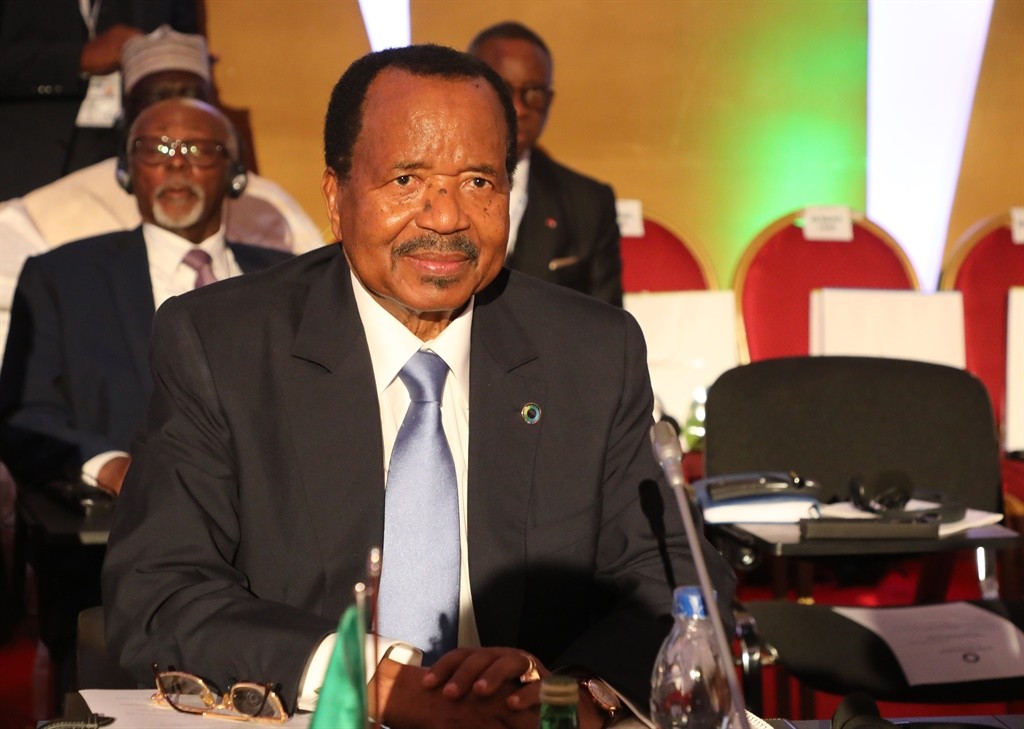 "We should let him finish, and afterwards we can judge," said Denis. "No, he should go!" responded Bernardin, debating with his friend the long legacy of Cameroonian President Paul Biya who has ruled since 1982 and will seek a seventh term in Sunday's election.

Denis and Bernardin sat on a low wall in the Nkol Eton district of the capital Yaounde discussing the future of their country, where 75% of the population have only known Biya as their president.

Across all of Africa, only Equatorial Guinea's Teodoro Obiang Nguema has been in power longer.

"He should have time to complete the projects he started, or else they will fail," said Denis.

Since coming to power three-and-a-half decades ago, Biya has launched many high-profile prestige projects, several of which have never seen the light of day.

"If he hasn't managed to do something I think that's enough, he's not going to do it later," responded Bernardin, who voted for Biya in the last presidential election in 2011.

'At least Biya has experience'

The two friends' cigarette-fuelled, late afternoon conversation turned to politics even though Biya himself has been all but invisible during the campaign, except for a brief appearance in the country's far north last weekend.

Thousands of Biya posters have been put up across the country proclaiming the 85-year-old to be "the force of experience".

"Have faith in him, he's the father," said Denis, exhaling as he leant on a nearby car.

"No, no! That's not the way to look at it," interrupted Hugues, a 44-year-old casual labourer who had been listening to Denis and Bernardin's debate.

"My son just graduated from high school. But me, I'm not 'in the system', I want to know what to do so he has opportunities. I don't have the money to give."

But Denis insisted that Biya "is not the problem. It's his entourage. I don't think he knows what's going on, with corruption and all that".

"It's up to you young people to take charge," said Hugues.

"What youngsters? Can you imagine handing power to a young person? Look at the state of the youth, it would be a disaster. At least Biya has experience," said Denis.

But despite his defence of Biya, Denis admitted he would not be voting for the president on Sunday and had not even collected his polling card.

"What's the point, he'll be elected without me, and that's good. I don't need to vote," he said.

All three men agreed that the election would have no impact on their daily lives.

For them, Cameroonian politics is defined by self-advancement rather than deeply held values.

The young people campaigning for Biya "don't have political motives, but they have to drink, they have to eat and so people take the money, that's just the way it is," said Bernardin.

Of the seven opposition contenders, Cabral Libii is Bernardin's favourite "because he is the youth candidate!"

Libii, a TV news analyst who is new to politics, is the youngest presidential candidate at the age of 38. He was just three years old when Biya began his first term.

Bernardin is reluctant to imagine yet another Biya victory.