Buhari Says He Is Fit To Govern, Atiku Is 'ready To Die' For Nigeria 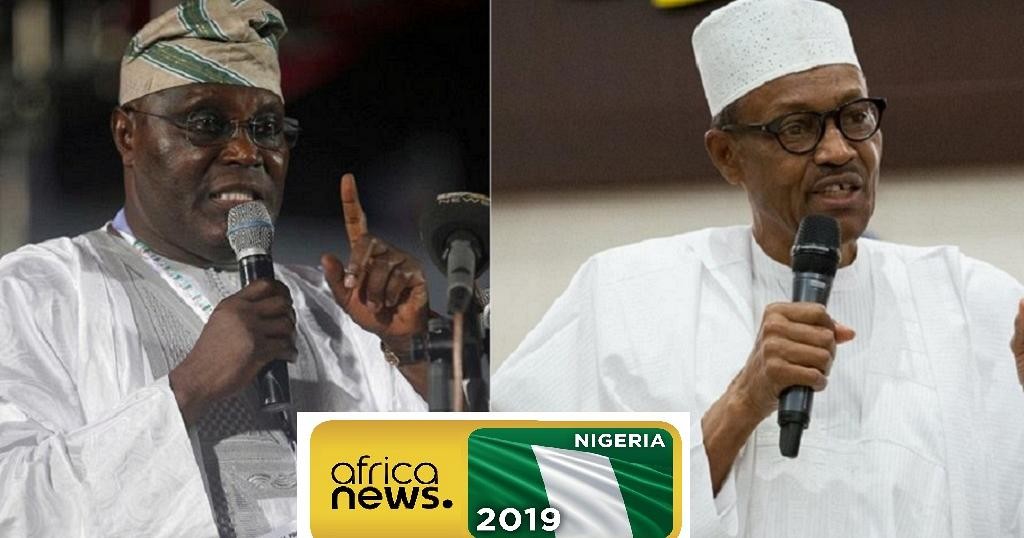 Nigeria’s two main presidential candidates, Muhammadu Buhari and Atiku Abubakar, are intensifying their efforts to convince voters, with one month to go to polling in Africa’s most populous nation.

President Buhari of the ruling All Progressives Congress party (APC) and Atiku of the People’s Democratic Party (PDP) both staged set-piece meetings to secure the support of a record 84 million registered voters at the ballot on February 16.

As in 2015, security looms large, with a surge in attacks from the Islamic State-allied faction of Boko Haram against troops, forcing thousands of civilians to flee.

Concerns about electoral fraud are also high, with both the ruling and main opposition party accused of widespread vote-buying at recent gubernatorial polls.

In the past week, the government has faced claims it is trying to manipulate the judiciary after the country’s most senior judge was charged with non-disclosure of assets.

That has triggered concerns he could be replaced with a more sympathetic nominee, who could rule over any disputed result.

I am fit to govern: Buhari

Buhari, Atiku and other presidential candidates have been pencilled in to face off in a televised debate this weekend, as campaigning steps up a gear.

But on Wednesday Buhari made a rare appearance at a live question and answer session, at which he pointedly rejected concerns he was too old and too ill to seek a second term.

The 76-year-old former army general, who headed a military government in the 1980s, last year underwent months of treatment in London for an undisclosed illness.

Before the last election four years ago, he was forced to deny claims from the then-ruling Peoples Democratic Party (PDP) that he was terminally ill with prostate cancer.

Asked whether he was fit enough to withstand another four years in office, he said only: “I think we have made our case.”

Instead, he urged voters to assess his fitness on the campaign trail.

This year’s elections will be the fifth time Buhari has stood for the presidency. He lost in 2003, 2007 and 2011, and disputed the results in court.

He was finally successful in 2015 in what was the first victory for an opposition candidate in Nigeria’s history.

Then-president Goodluck Jonathan was widely praised for conceding defeat, which helped avoid deadly violence that has characterised the aftermath of previous polls.

I am ready to die: Atiku

The wealthy 72-year-old businessman, who was president Olusegun Obasanjo’s deputy from 1999 to 2007, has been seen as the more business-friendly candidate.

Nigeria is struggling to recover from months of recession that saw the value of the naira currency plunge, inflation soar and the government grapple to reverse the slump.

In an interview with Bloomberg, Abubakar said he would remove central bank head Godwin Emefiele and float the naira if he is elected.

“I don’t think he’s pursued the right policies,” he was quoted as saying of Emefiele. Buhari’s stewardship of the economy, meanwhile, had been “clueless”, he added.

Earlier he vowed to “liberalise the economy to create jobs” in Nigeria, where despite being Africa’s leading oil producer, most of the more than 180 million people are poor

High unemployment has been a persistent problem, particularly among the young.

Atiku also said he was committed to privatising state-run companies such as the Nigerian National Petroleum Company (NNPC).

The NNPC and other public bodies have been viewed as unofficial slush funds for successive governments, particularly around election time.

“I swear even if they are going to kill me, I will do it,” he said, characterising them as ‘mafia organisations’.

Buhari, who is also oil minister, promised to tackle endemic graft in Nigeria, including overhauling the NNPC to claw back billions of dollars in looted public funds.

But his critics argue his anti-corruption campaign has produced few prosecutions and been disproportionately focused on opposition figures.

Abubakar himself has long been dogged by accusations of corruption and the embezzlement of state funds during his time in office.

He has also been the subject of investigations in the United States. He denies any wrongdoing and has never been prosecuted.