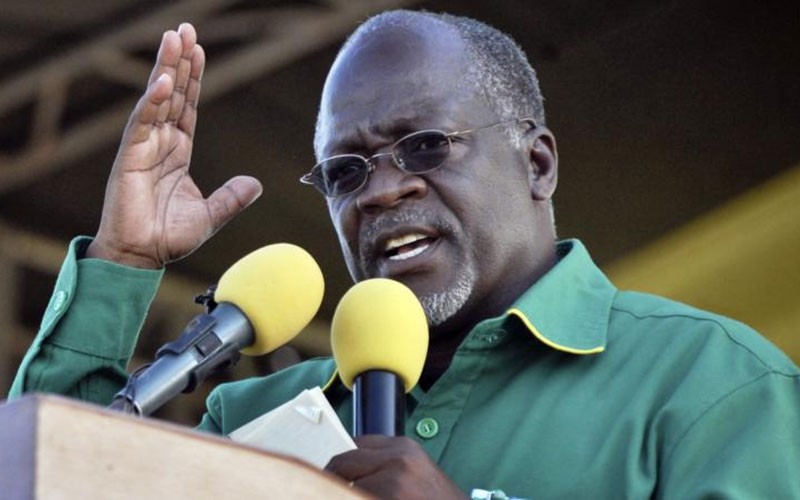 This is after President Magufuli urged women to stop taking birth control pills as those who do so are lazy.

Speaking during a rally on Sunday, Magufuli was quoted by the Citizen newspaper stating that "women can now give up contraceptive methods.

"Those going for family planning are lazy. They do not want to work hard to feed a large family. And that is why they opt for births controls and end up with one or two children only.

"I have travelled to Europe and elsewhere and have seen the harmful effects of birth control. Some countries are now facing declining population growth.

"You have cattle. You are big farmers. You can feed your children. Why then resort to birth control?" he asked. "This is my opinion, I see no reason to control births in Tanzania."

Mwambe criticized Magufuli’s sentiments while pointing out that they are contradictory to Tanzania’s health policy.

In his retort, Mwambe stated that if Magufuli, a father of two, is to be taken seriously then changes should be made to the health insurance scheme to cover 10 children instead of the current 4 per family.

According to the World Bank, Tanzania’s population stands at 55.5 million, up from 10 million in 1961.

The United Nations has predicted that Africa's population will double to around 2.5 billion people by 2050.

In 2017, President Magufuli proposed a controversial policy stating that pregnant schoolgirls be blocked from resuming their education after giving birth.