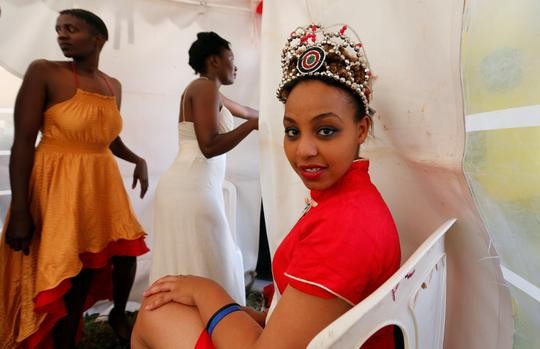 Johannesburg – A former Kenyan beauty queen’s death sentence after she stabbed and killed her boyfriend has rekindled the debate on capital punishment in the country.

Ruth Kamande, 24, now a devout Muslim, was sentenced to death last week for stabbing Farid Mohamed 25 times with a kitchen knife in 2015.

The night before the incident, the court heard that she found his old love letters and questioned Mohamed why he was still holding onto them. He allegedly ignored her and went to sleep only for her to rekindle the conversation the following morning.

When neighbours tried to respond to his distress call, they found the door was locked.

Kamande’s claims of self-defence were refuted by the court after it was found that the stabbings had not occurred in a frenzy as the defendant asserted but deliberately and intermittently.

While some Kenyans are calling for the death penalty to be commuted to life imprisonment to allow for her rehabilitation, others have lauded the sentence as appropriate given the nature of Kamande’s crime.

Human rights group Amnesty International on Friday also asked that the death sentence be commuted to life in jail.

In 2007 the Kenya National Commission for Human Rights wrote a paper on the abolition of the death sentence, terming it “the ultimate violation of human rights”.

However, judges still retain the discretion to hand down the death penalty, although there is room to sentence convicts to a lesser punishment.

The last execution was conducted in 1987 and Kenya currently has no active hangman.