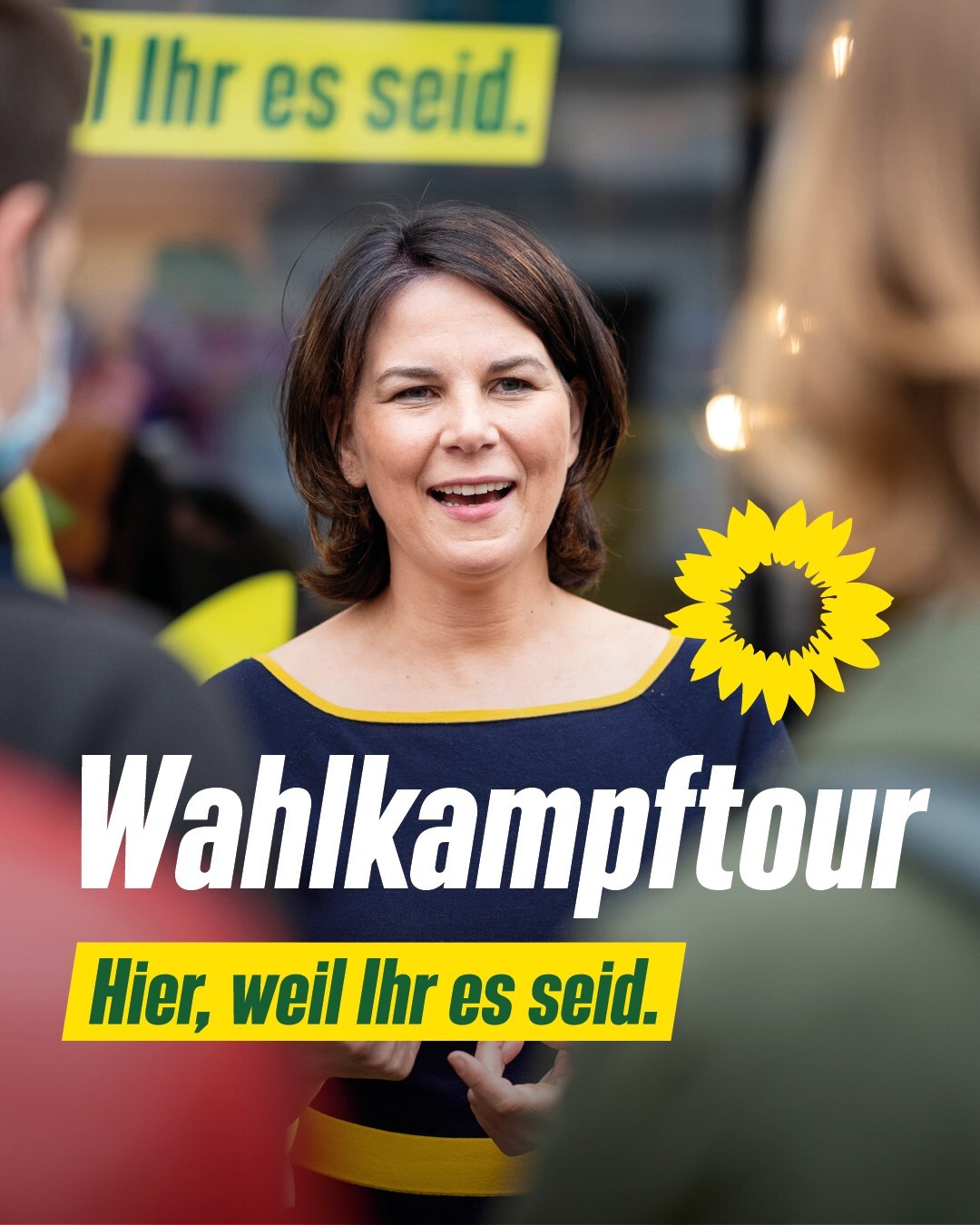 Sunday 26th September 2021 is the set date for German political election this year, this is the Know Your Candidte segment of our blog, we source this information from the German Green Party website for  our dear readers.

For the future we take heart

This year has changed us all. Due to the Corona pandemic, our country has exceeded its own standards. Our society has proven that we are stronger whenever we have the courage to act in solidarity. Politicians should follow this example. However, what we are currently experiencing is a policy of competition instead of cooperation; a policy of hesitation that lacks focus on the youngest, poorest and weakest. When the services of our social welfare state crumble, the trust in democracy erodes, while climate crisis poses an existential threat to our world. But we can choose change. We can choose to not only provide but also prevent crises and secure a good life for all. We urgently need to embrace greater ambition on an epic scale to meet the scope of the problems. Only in a common act can we face this tremendous challenge. We must follow the old adage: “We did not inherit this world from our forefathers – rather, we have borrowed it from our children.”

Federal Co-Chairperson of the Green Party

Since 2018, Robert Habeck and I have been leading the party BÜNDNIS 90/DIE GRÜNEN together as federal chairpersons. Over the course of time, our party has grown tremendously with now more than 100,000 members. As a diverse party, everyone is welcome to join as we trust that our policies can make the real differences necessary. Our society stands at the beginning of a decisive decade for climate protection and social justice. Together, we are making an offer for a just transition and a joint fight against the climate crisis. This is what the Greens and I stand for. 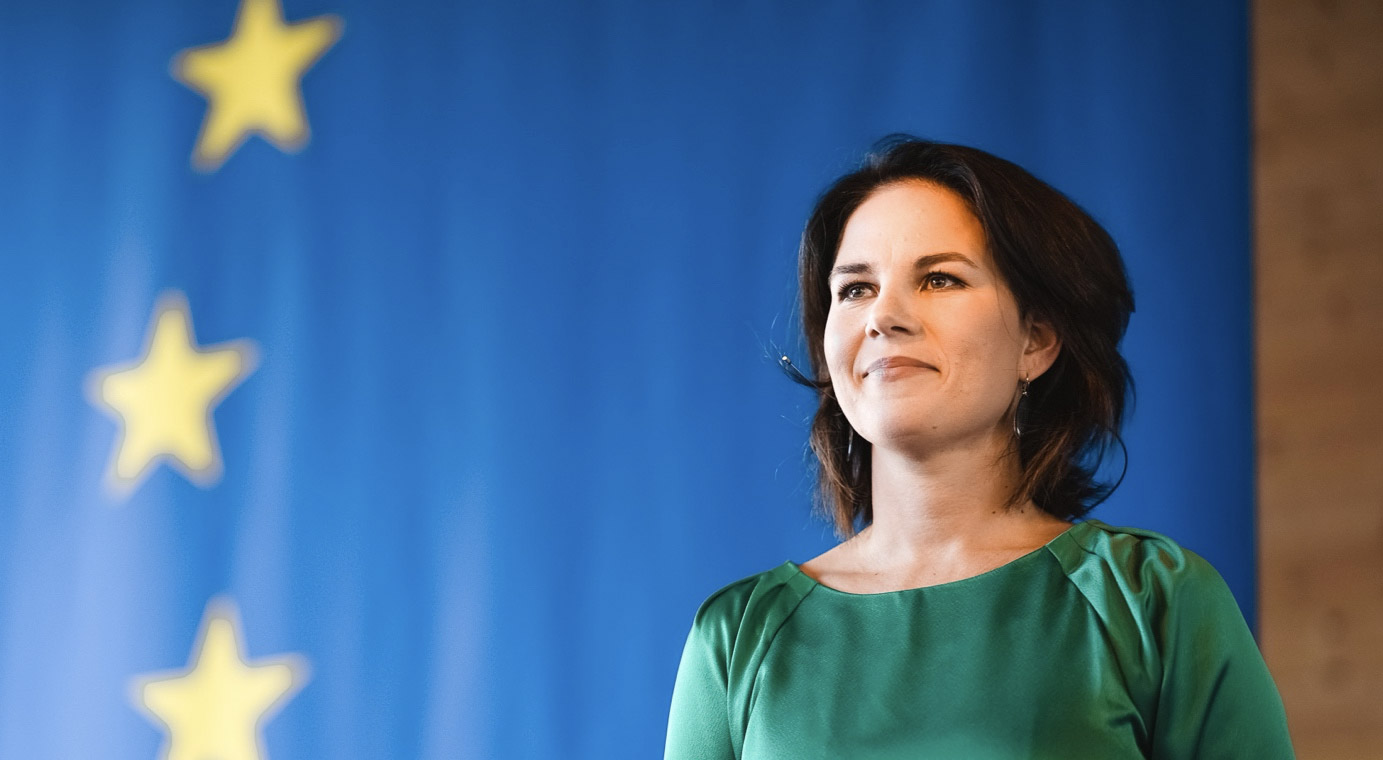 My background and my affiliation with the Greens

Yet the more I got involved with politics during my studies and traineeships at the Council of Europe in Strasbourg, the European Parliament and the British Institute of International and Comparative Law, the more I wanted to not only write about injustice, but do something about it. I started to work for the Green Member of the European Parliament from Brandenburg, Elisabeth Schroedter, in Brussels and Potsdam from 2005 to 2008. Subsequently, I worked as a policy advisor on issues of foreign and security policy for the parliamentary group of Alliance 90/The Greens in the German Bundestag.

During the campaigns for the European elections in 2004, I did not only meet my present-day husband with whom I have two wonderful daughters, but I also found a political home with Alliance 90/The Greens in Brandenburg. I joined the party in 2005 and became its chairwoman in Brandenburg from 2009 to 2013. At the same time, I acted as spokesperson of the Party’s Working Group on European affairs for five years and served as a member of the board of the European Green Party from 2009 to 2012.

My work as a politician in the German Bundestag

As a Member of Parliament, in my first term (2013-2017) I became the spokesperson for climate policy for the Green Parliamentary Group. I focused especially on climate, energy and European policies. As a member of the Committee on Economic Affairs and Energy, I worked hard on making the German Government finally acknowledge its international responsibility as one of the largest economies in the world and to lead the German “energy transition”, the so-called “Energiewende”, to success. For that, phasing out of coal-fired power plants and fossil fuels plays an important role and is at the core of my efforts.

Within the state of Brandenburg, where I live, I fight for the state government to open its eyes to the catastrophic consequences of lignite mining. Together with many local initiatives and dedicated citizens I fight for a ban on nighttime flying at the airports and for continuing train service in all of Brandenburg. Being a passionate European, I furthermore strive to contribute to closing the gap between the rich and poor within Germany, within Europe and all over the world.

Having been elected chairwoman of the Green Party of Germany in January 2018, I strive to further strengthen green policies in Germany and the European Union. Together with my Co-chair Robert Habeck, I hope you will support us, our party, and our goals.

If you would like to get more insights about me and my work, you can visit me on Facebook, Twitter, Instagram or have a look at my English CV (table or text). If you have any questions or would like to obtain more information, please do not hesitate to contact me and my team via mail.