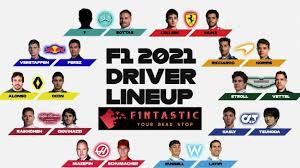 The silence from Formula 1 drivers after Michael Masi clearly disregarded F1 rules in the finals at Abu Dhabi is shameful. How can they stand by and do nothing, as such injustice is been meted out to one of their colleagues?

Max Verstappen because of Masi's sudden change of rules, was only able to overtake Lewis Hamilton who had led the race for 53 laps, with about 11 seconds ahead of Max and 5 cars between them. Had Michael Masi not changed his mind from "no car should un-lap" to "only the five cars between Lewis and Max can un-lap" the race would have probably ended with Lewis in front and winning the championship.

F1 drivers should at least call for the resignation of Michael Masi and the Stewards to accept their failure, apologise to Mercedes and Lewis Hamilton, then work at protecting the rules, to avoid such mess ever happening again.