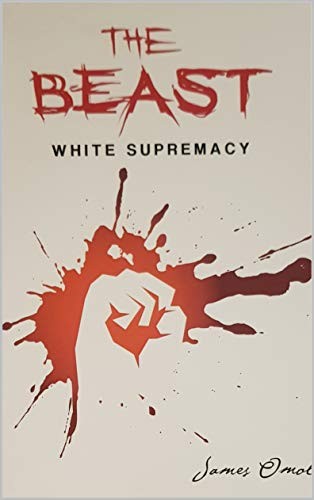 “As a Black man, race has always been an integral part of my life”, writes James Omolo. He adds, White Supremacy have a long-standing history globally.

The Beast: White Supremacy is about variegated controversial topics on race relations. It delves into the world of White supremacy, capturing the all-encompassing centrality and assumed superiority, and the practices based on this assumption.

Building on the premise of race relations with the aim of confronting some of the prevalent elements of white supremacy, and to prompt white people to take action, and for People of colour to understand the trajectories in which white supremacy is manifested.

The Beast focuses on a fusion of elements of racism prevalent in Europe. With the mushrooming of the far right-wing, neo-fascists, and neo-Nazi groups across Europe, there is an exponential rise in racially motivated attacks on People of African Descent and other minorities in several countries.

The emergence of race in human history was followed by the establishment of a social hierarchy (a racialized social system) that provided well-structured privileges to whites over non-whites. A racialized system of white supremacy became the global norm and affected all societies where Europeans extended their Reach. The Beast provides reflections on whiteness as a position of status within the backdrop of white privilege as well as a conversation on white fragility as an impediment towards starting a conversation on the manifestations of racism and prejudice.

Other manifestations of white supremacy widely covered includes Some of the topics such as; Travelling while Black; white saviour complex; taxonomies of migration behind white supremacy; culture appropriation as a cultural trope; black facing and its prevalence in most countries in Europe.

There are numerous racist aspects of school life, ranging from discriminative treatment by teachers and peers to racist literary school materials, particularly prescribed textbooks with racial undertones. Taken together, these narratives contribute to the estrangement of Black children.

What makes this book outstanding is how it connects the historical perspectives with their implications to the contemporary problems in race relations premised upon white supremacy, outlining various parentheses to validate the narratives.

An active Human Rights activist, James has authored two books on race relations including; Strangers at the gate: Black Poland, and Crossing the colour line: Interracial marriage and biracial identity. His past publications also include; Chinese foreign policy in Sudan and, Poland and Africa: past, present, and future. In 2019, James achieved a United Nations Fellow on People of African Descent under the United Nations Office of High Commissioner for Human Rights (OHCHR).

To arrange an interview or event, please email:

The Beast: White Supremacy: A new anti-racism book could revamp a discourse on race relations