Will Smith Smacked Chris Rock Across The Face On Stage At The Oscars, For Joking About Jada's Health Issue 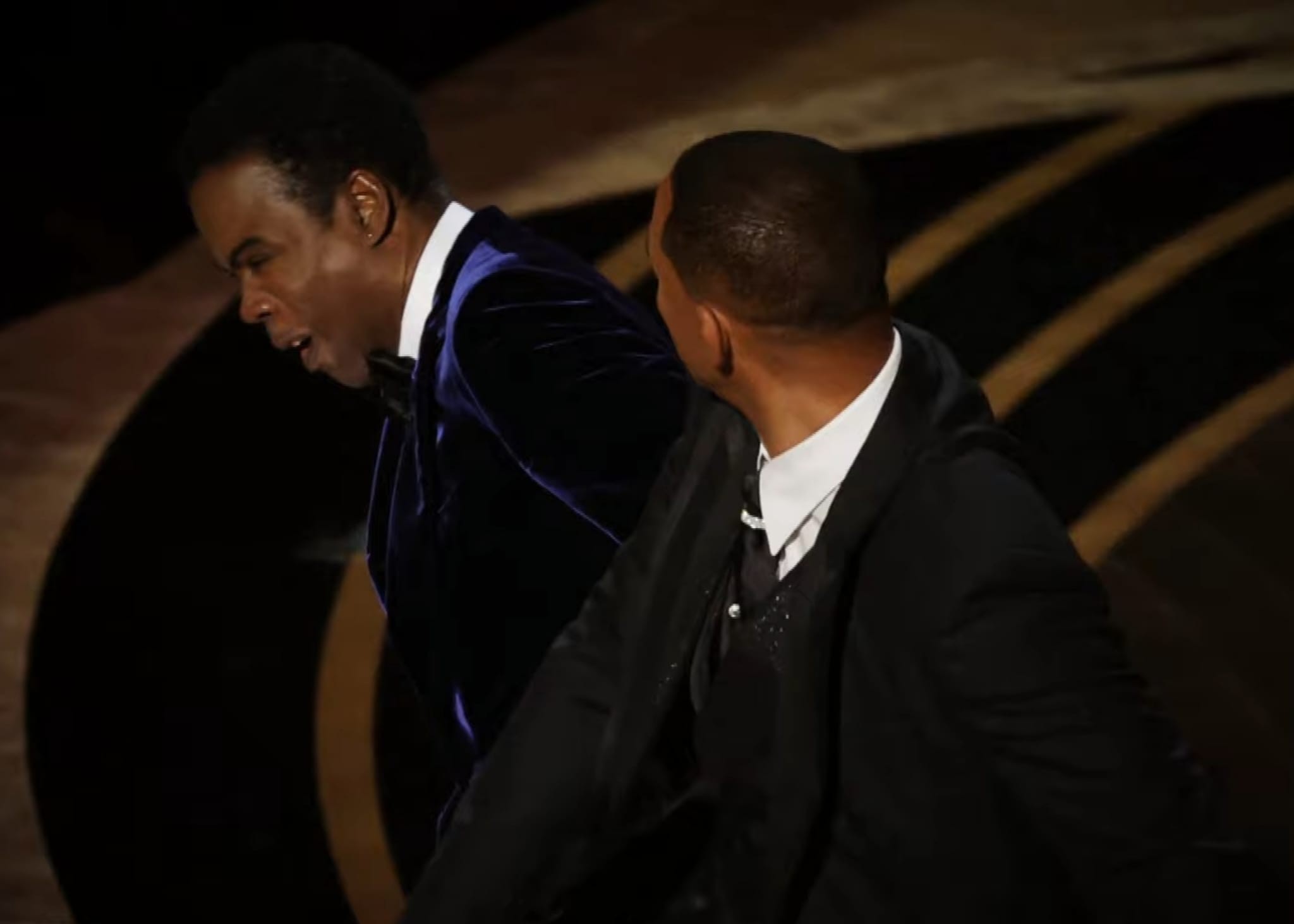 An outstanding moment played out live on stage yesterday at the Oscars, Chris Rock who hosted the event with Regina Hall, made a joke about Jada Pinkett Smith's Health, and her husband Will Smith wasn't happy about the joke, he then got on stage and smacked Chris Rock across the face, Chris Rock handled the situation pretty well by simply saying "Wow Will Smith just slapped the shit out of me" And then Will Smith yield "keep my wives name out of your mouth" to which Chris responded he will.

It is not certain if this incident is a result of Chris Rocks' jokes on Jada, at the Oscars in 2016 the comedian told jokes about Will Smith's wife boycotting the awards event. This year's joke is a G.I Jane joke; which is somehow referencing Jada's health issue, that causes her to lose her hair.

The audience was laffing at the background probably thinking it was a staged slap, but then suddenly realised this is for real after a back and forth with both actors, and then Chris Rock's comment "that was the greatest night in the history of television". Denzel Washington and Tyler Perry during the break, were seen having a word with Will Smith and consoling him.