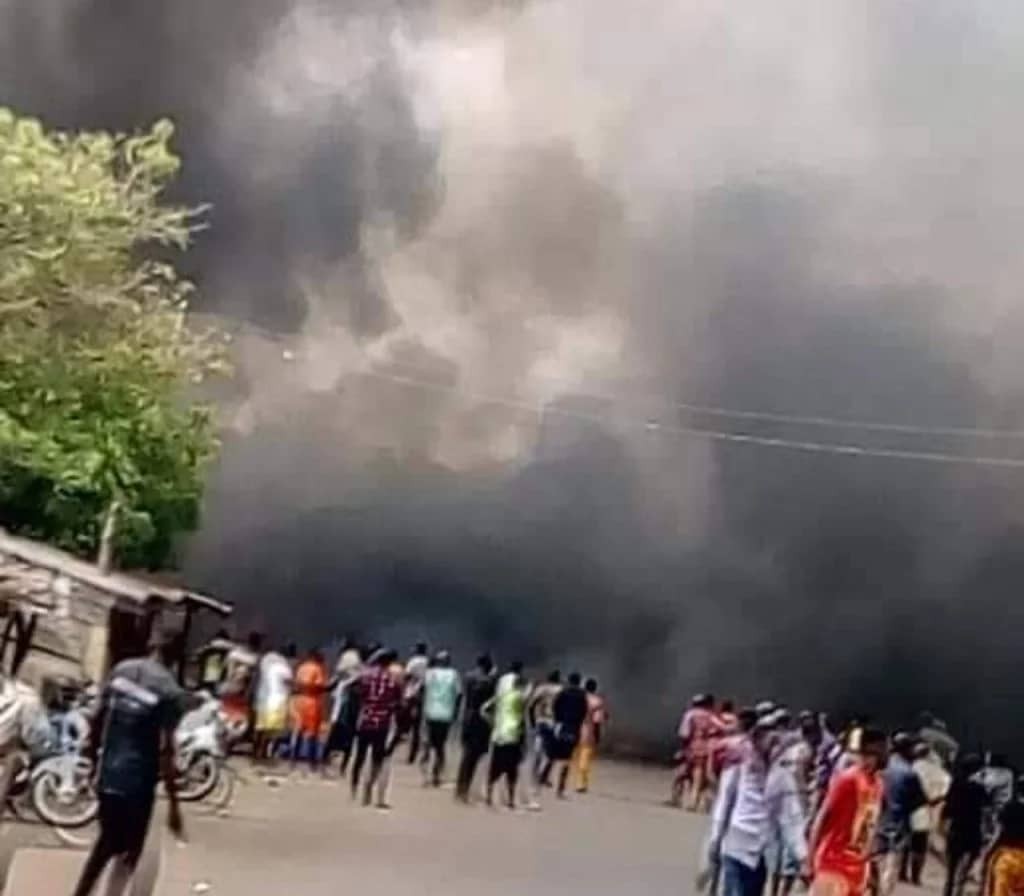 Tragedy just hit the town of Abeokuta.
It was reported at about an hour ago that gas explosion has occurred within the Olusegun Obasanjo Presidential Library (OOPL) in Abeokuta, Ogun State.

Following this report, at least two persons lost their lives in the cause of the gas explosion
According to the reporter, the explosion ignites from the Marcque event centre within the Presidential Library where technicians were topping up gas into an air conditioner before it exploded.
A staff of OOPL who addresses some journals stated that two people have been confirmed dead at the scene of this tragic gas explosion.
Meanwhile, It has been reported that the State Fire Service and some officials has been deployed to OOPL premises to take appropriate control of the situation.