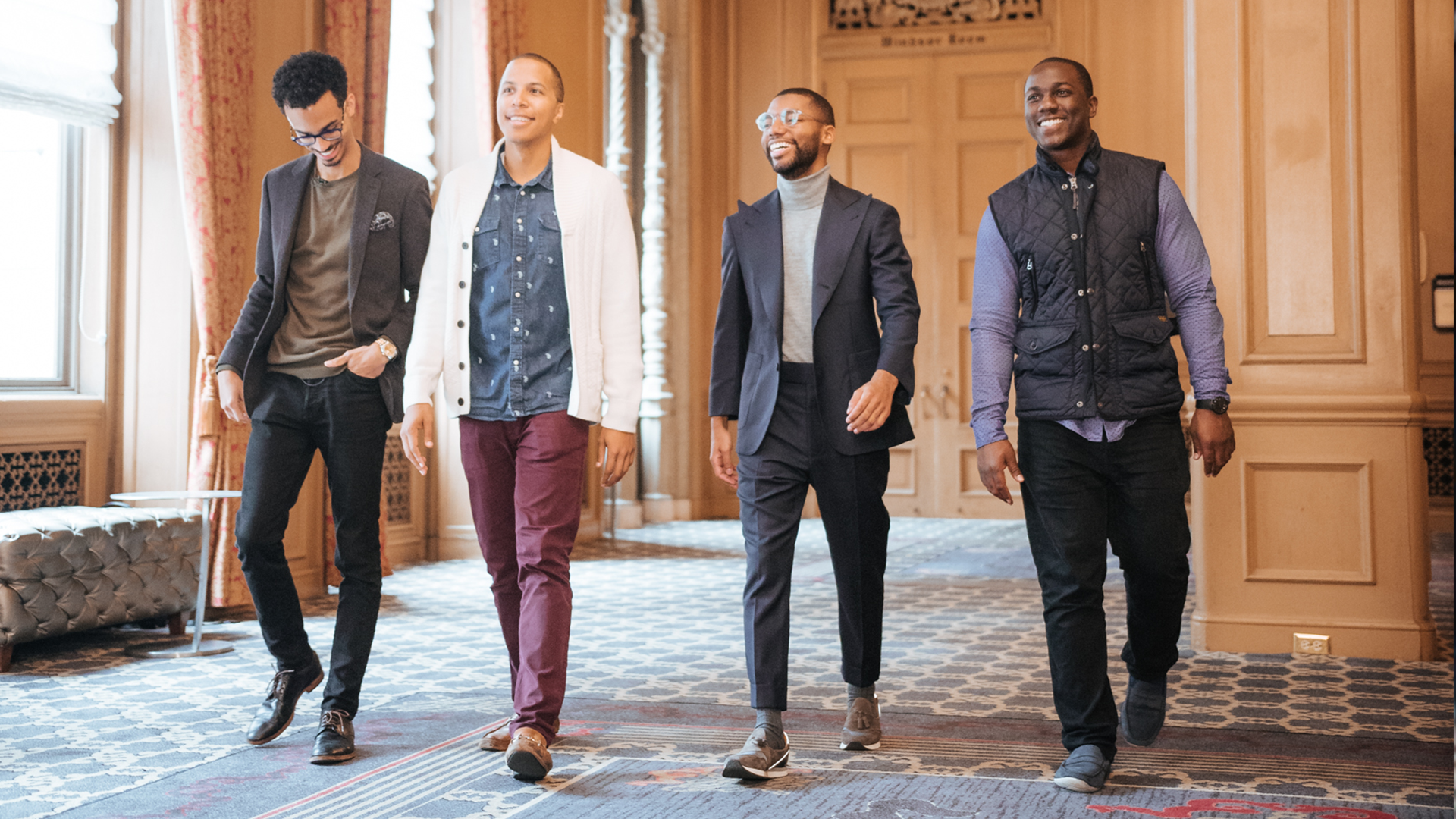 The last few months have been a whirlwind for four young black businessmen who are quickly becoming superstars in the business investment arena. In a space long dominated by white men, these brothers are carving out a niche that champions investing in businesses owned by women and people of color.

John Henry, a co-founder of Harlem Capital Partners (HCP) team, rushed back from a business meeting on July 16 to sit down with The Root. Earlier that day, Consumer Technology Association announced it had selected HCP as one of two venture capital firms it will invest in as part of its $10 million commitment to minority and women-owned companies. That latest deal came on the heels of Forbes selecting the team for its coveted 30 Under 30 social entrepreneur class of 2019.

HCP is on a mission to level the investment playing field for entrepreneurs of color and women business owners. The partners plan to invest in 1,000 diverse company founders over the next two decades through its early-stage venture capital investments. Investment firms employ mostly white men and invest almost exclusively in companies owned by white men.

Henry, 26, pulled out a research paper that laid out the well-documentedchallenges. Venture capital firms, which invest in startup companies and small businesses that have growth potential, raise billions of dollars each year. However, as one study found, 2.2 percent of VC investments went to businesses operated by women, and even fewer dollars went to women of color.

“When you peel back the curtains, there’s almost no diversity among investment fund managers,” said Henry, who at age 21 sold his on-demand dry cleaning business for about $1 million. “The people who control and deploy capital are white males. The data suggests an unconscious bias. We don’t think that this is ill-intentioned. We think that they are investing in who they came up with.”

He added: “We realized that until we get in that seat of being diverse fund managers and having a focus on investing in diverse business founders, we are not going to make a change in this.”

HCP’s backstory began four years ago in the living room of Jarrid Tingle when he and co-founder Henri Pierre-Jacques were working at ICV Partners, one of the few black-owned private equity firms in the country. “Henri and I felt empowered because they looked like us,” Tingle, 28, told The Root.

Henry and Brandon Bryant, the fourth co-founder, joined Tingle and Pierre-Jacques, 27, in putting their own cash into a relatively small fund to launch HCP. Bryant, 29, brought his expertise to the partnership as an investment banking analyst at Bank of America Merrill Lynch.

They continued building the business while Tingle and Pierre-Jacques were students in Harvard University Business School’s master’s degree program. They both graduated in May with honors. “We were just trying to figure it out, building the plane while it’s flying,” Tingle said.

Interestingly, HCP didn’t start out with a focus on investing in minority and women-owned startup businesses.

“The vision evolved over a period of time,” Tingle explained.

Henry said the partners were at first investing in a variety of startups—mainly small businesses like cafes. But as they moved around in VC circles, it struck the partners that most of the startups business owners getting funded and investors were white men. That led them to commit to investing in diverse company founders and to promote diversity.

The timing was right, Henry said. In recent years, the pendulum has begun to swing toward corporate diversity—though there’s still a long way to go, he pointed out. Several recent reports underscore the financial benefit of diverse leadership to corporate bottom lines.

Tingle said HCP soon began receiving “outsized demand and visibility,” adding that the team “quickly received a lot of interest. People were asking us to sit on panels.”

On June 24, TPG Capital, the private equity giant with $108 billion in assets, announced a deal with HCP, becoming a limited partner in HCP’s first fund.

“In its short lifespan, HCP has established itself as a go-to partner for minority founders and women-led businesses, many who are providing new and innovative solutions to different problems,” Jon Winkelried, Co-CEO of TPG, said in a statement. “Henri and Jarrid are incredibly talented investors whose mission, strategy, and vision expand the broader TPG ecosystem in a compelling and differentiated way.”

HCP is also changing the face of business investing by promoting diversity at investment companies. In May, KKR & Co., a private equity behemoth with $200 billion in assets, launched a partnership that will refer Harlem Capital’s interns and entrepreneurial applicants to KKR for the firm’s internship and full-time hiring programs.

“We want to change society,” Henry emphasized. “The reason we want to invest in 1,000 diverse founders in 20 years is because we want to close the wealth gap. Diverse companies hire diverse employees. When startups are bought, we all make money (founders, investors, and employees with stock options).”

He underscored that 2019 was a huge year for IPOs in which private companies offer shares to the public in the stock market. Uber and Lyft were just a few of the big names that went public.

“Billions and billions of dollars were made, and none of that went to our community,” Henry noted. “There is going to be another wave of IPOs in the future. Will our community be a part of that?”

The future looks bright for HCP. Each partner brings experience and talents to the table that has made it a formidable force. Henry said he has entrepreneurial chops, which none of the other partners has. “What I know really well is early-stage business from the founder’s perspective. At the end of the day, this is a people business,” he added.

Tingle is the cautious member of the bunch who’s almost obsessed with managing risk and making sure the company isn’t financially overexposed.

“I bring a hunger. I know that there’s no fallback for me,” said Tingle, who was raised by a single mother of modest financial means.

Pierre-Jacques described himself as a networker. “As head of strategy, I am very focused on thinking about the vision of the firm,” he said. “I think about HCP 24/7 and am always thinking about how my personal experiences and those of others I meet can make HCP better.”

Marketing is an important key to success, and Bryant is tasked with filling that need. “Now, as we are finishing up fundraising my job is to source deals, build our VC and industry expert relationships and help spread the gospel of HCP via my social media following (215K-plus), speaking events, conferences, etc.,” he stated.

Landing on Forbes’ 30 Under 30 list has been the icing on the cake.

“It feels good, a little bit surreal,” said Tingle. “We wanted it. We are excited to have all four of us be on the list. It provides validation. There’s resistance anytime you start something new.”