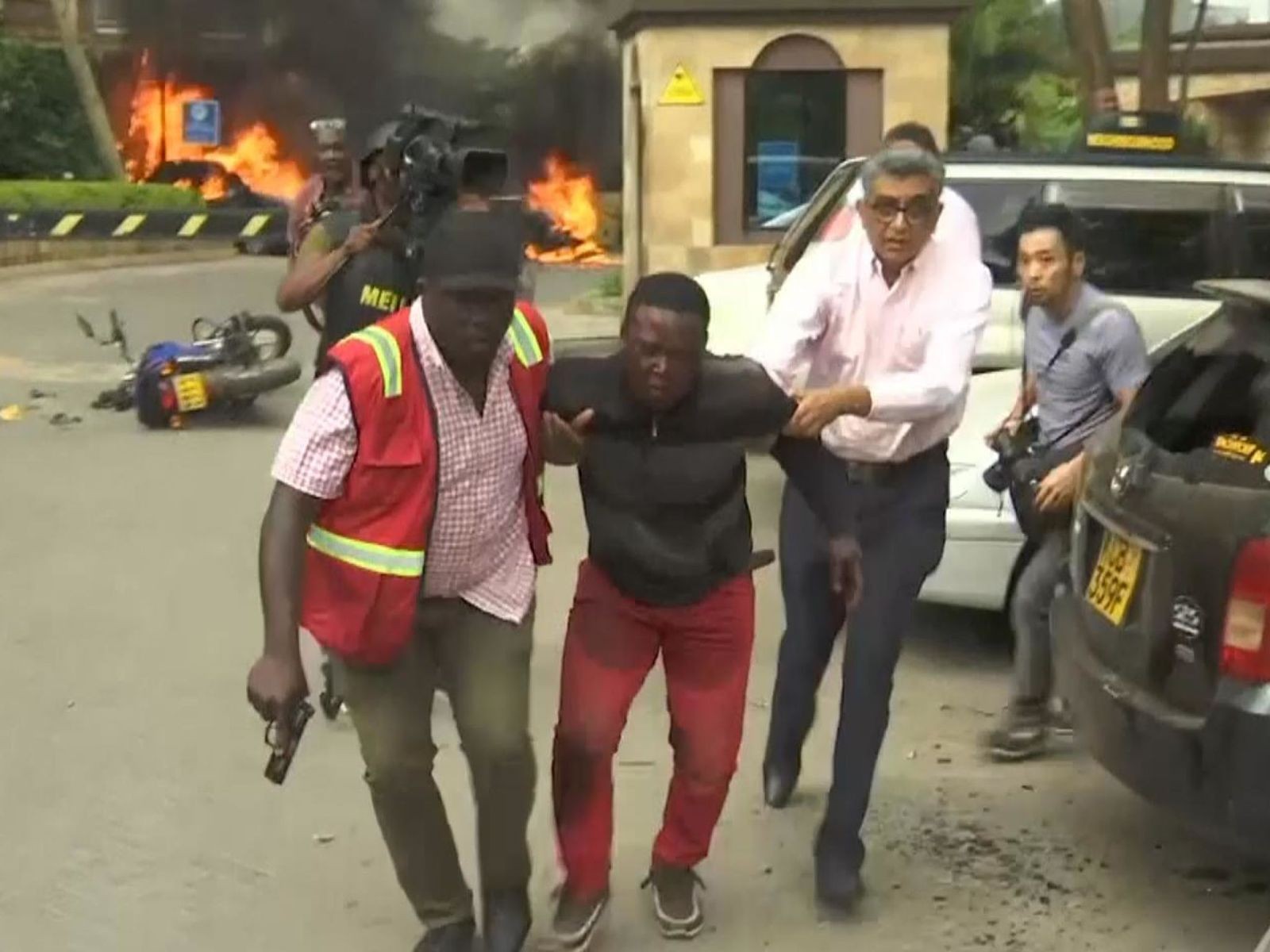 Witnesses have reported explosions and heavy gunfire at a hotel complex in the Kenyan capital Nairobi.

The suspected terror attack is unfolding at the complex, which houses a large hotel known as DusitD2, along with several banks and offices.

Police are said to be exchanging gunfire with the attackers in the operation.

At least one officer in bomb disposal gear has been seen at the complex as well as an unexploded grenade in a hallway of a shopping area. 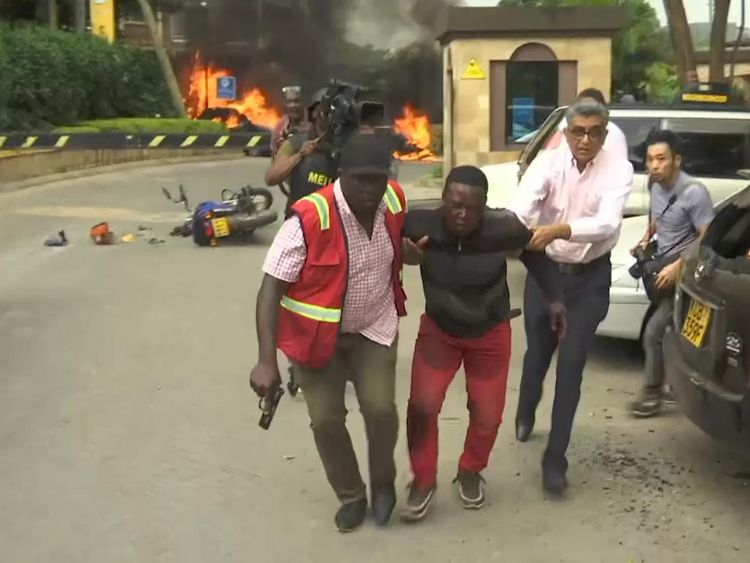 Image:People are being rushed away from the scene in Nairobi 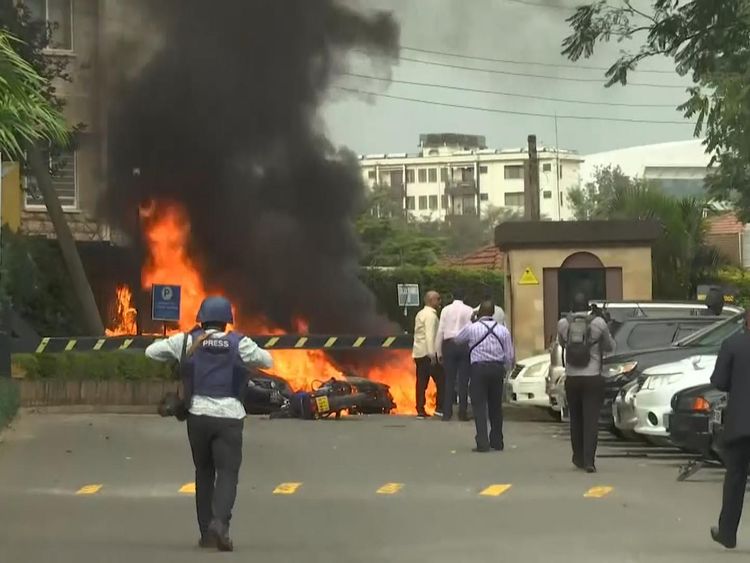 Image:Heavy gunfire was heard after an explosion

Several cars have been seen on fire and people are being carried away from the scene in the Westlands neighbourhood of Nairobi.

Large plumes of smoke have also been seen rising from the area as scores of people have been reported injured.

One survivor of the attack said he sought refuge in a fridge and that he saw at least one dead body in the grounds of the DusitD2 hotel.

Another said he saw at least two bodies. He also said the attackers were wearing green and were wrapped in ammunition.

Somali Islamist militant group al Shabaab has since said it is behind the attack and that its fighters were still inside the complex. 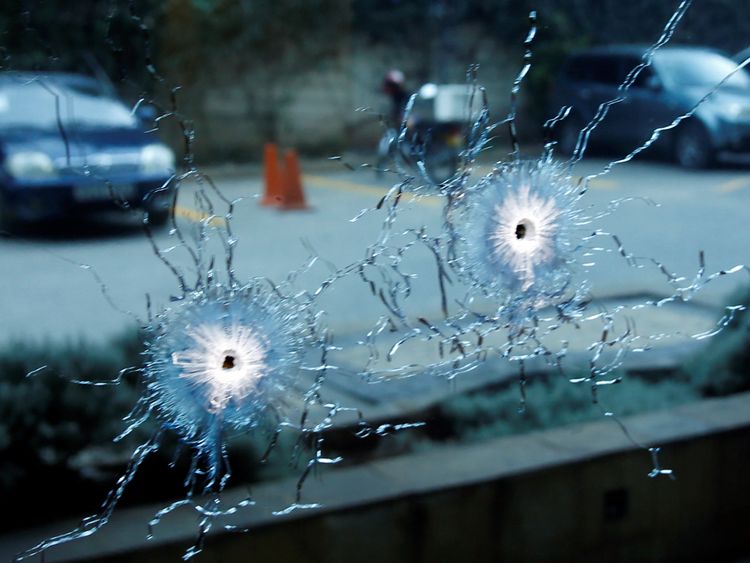 Image:Police were said to be exchanging gunfire with the attackers 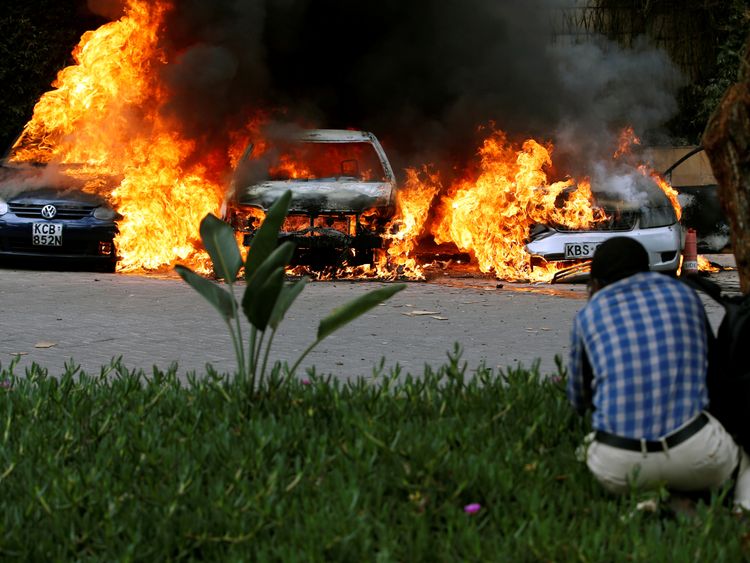 Image:Somali Islamist militant group al Shabaab has said it is behind the attack

The incident comes on the third anniversary of the El Adde attack, which claimed the lives of several Kenyan soldiers in Somalia.

Police spokesman Charles Owino said officers had been deployed to the complex, including those from the country's anti-terrorism unit.

Plainclothes officers have been seen working their way towards the scene with guns.

Charles Njenga is among those who have fled the scene of the attack.