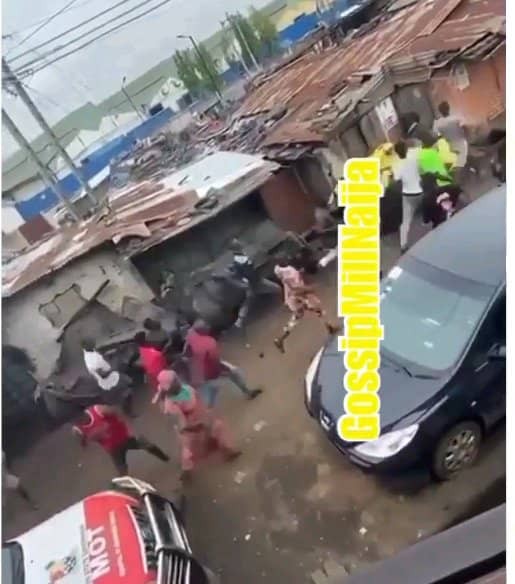 The impious remarks in the city of Lagos is becoming too unbearable for the residents, acknowledging  the recent happening in Ladipo market where  gunmen opened fire on traders and started shooting all over the areas in the market.

In a statement by the reporter, the gunshots started around five star bus stop before escalating to Ladipo market.It is learnt that one guy was shot at his stomach and has been rushed to a nearby hospital for an urgent medical attention.

Meanwhile,the reasons for this ungodly attack to the area is still yet to be discovered even at the point of unvailing this reports, but some rumors holds it that the men behind this gun shot are men in military uniform.

As this ugly situation has turned out this way, the people of Lagos are calling on the Lagos state Governor, Babajide Sanwo-Olu to seek for a panacea and intervene in this recent occurrence in ladipo market before it  escalate to a rapid violence.