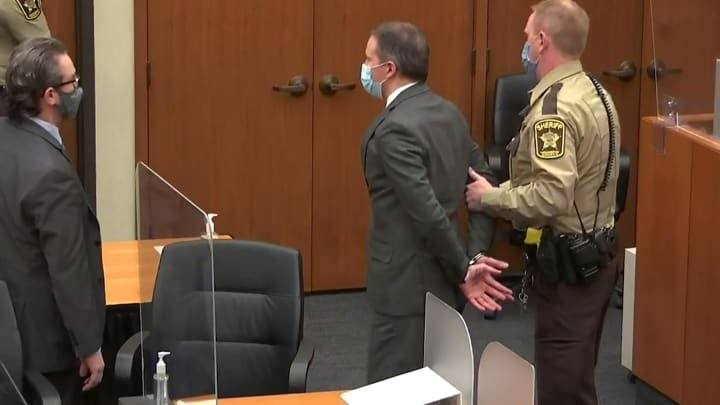 The US police officer Derek Chauvin has been found guilty of murder, manslaughter in the death of George Floyd.

A jury on Tuesday has found the former Minneapolis police officer Derek Chauvin guilty on all three charges stemming from the killing of George Floyd, an unarmed Black man, last year.

Chauvin was not expressive as Judge Peter Cahill announced his conviction on charges of second-degree murder, third-degree murder and second-degree manslaughter. The verdicts were read a day after jurors began their deliberations.
A viral video of Chauvin holding his knee on or near Floyd's neck for more than nine minutes last May, while Floyd was prone and handcuffed, spurred months of protests and reanimated the movement opposing police brutality against Black men.