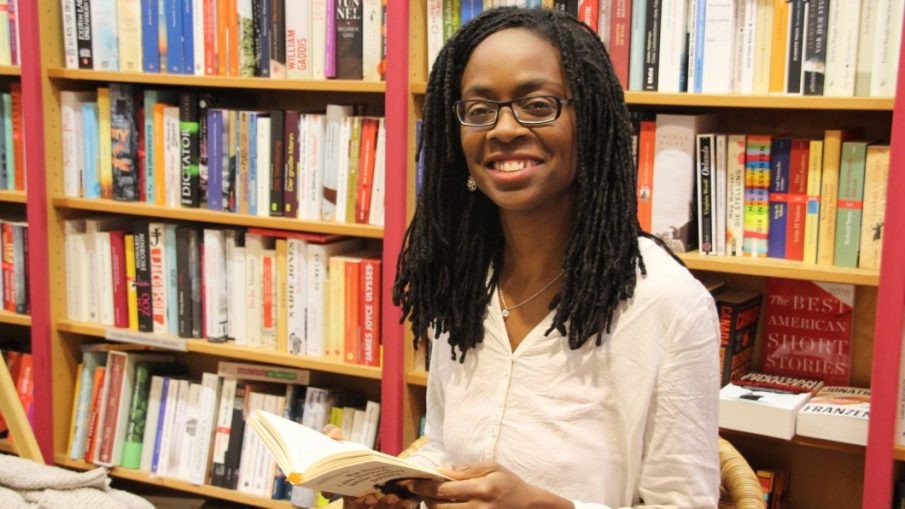 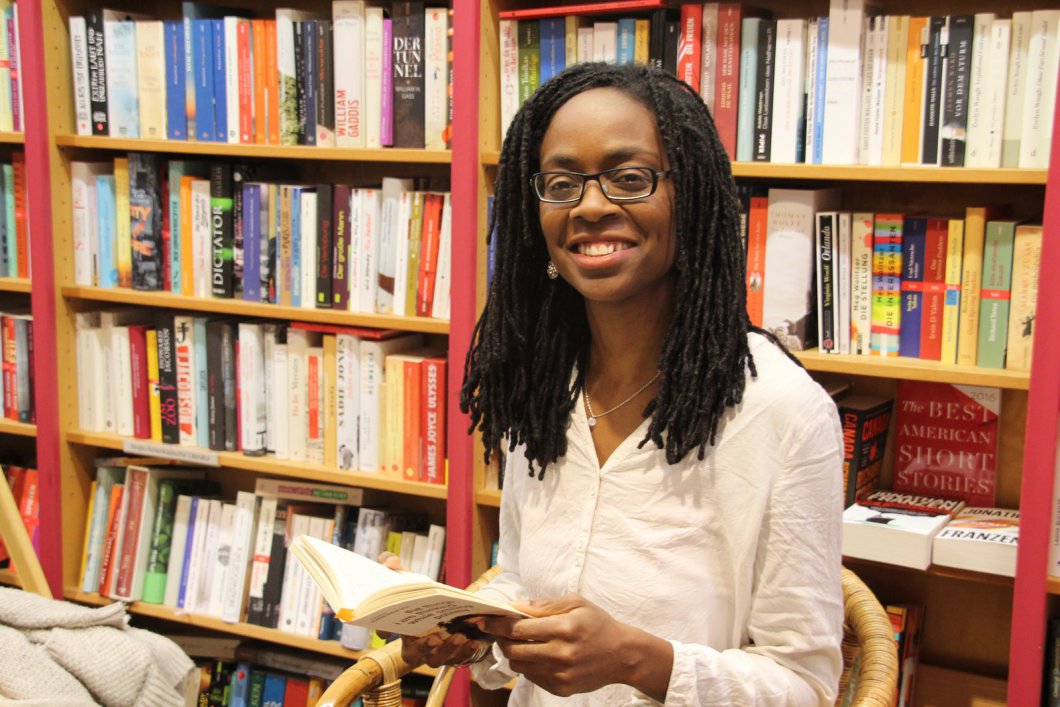 A heartfelt letter from a parent, Sharon Dodua Otoo, to other African parents in Germany. Sharon Dodua Otoo, is a mother, a writer and activist. The Berlin based author is well known for her activism especially regarding African children in the German school system.

A Letter to the Village by Sharon Dodua Otoo

You may already know that I am legally required to send my sons to school because we live in Germany and home education is not permitted here. In this country, all children are taught a curriculum designed with only White children in mind.

A quick flick through most standard school atlases will reveal stereotypical images of “Africans,” many science books still teach that “Menschenrassen” or biological human races do exist.

Those rare examples of German texts which do portray Black people will use degrading imagery and vocabulary to describe them – as if the sheer absence of images of healthy, happy Black children, women and men was not insult enough.

In a lesson about evolution, one of my sons had to endure being teased by his classmates: the prehistoric woman looked “just like his mum!” Another of my children informed me that his teacher had used the word “Negerkuss” several days in a row. She took away his mobile phone, accusing him of calling me during the school day to inform me, when I wrote her an email about it.

One of children’s friends was called “nigger” by his teaching assistant. The man first denied it, but eventually – only after many children came forward as witnesses – apologised for the “misunderstanding.”

Every day I send my children to school knowing that if a White teacher uses a racist word in their lesson my sons will be on their own. If my children speak up, the teacher will call them “sensitive” or “stubborn”. The teacher will almost always call upon their impressive collection of Black friends as proof that they cannot possibly be accused of such a terrible crime. Colleagues will always give the teacher their full support. The White classmates watch and learn the most important lesson of all: how to ignore and belittle Black children’s concerns.

I have tried. Like the time when one of my son’s classmates put an eraser to my son’s skin, in an attempt to rub it out, while at the same time another classmate told him “Black is the colour of the devil.” That time I visited the school with a White mother and talked calmly about stereotypes and children’s stories with positive Black characters. 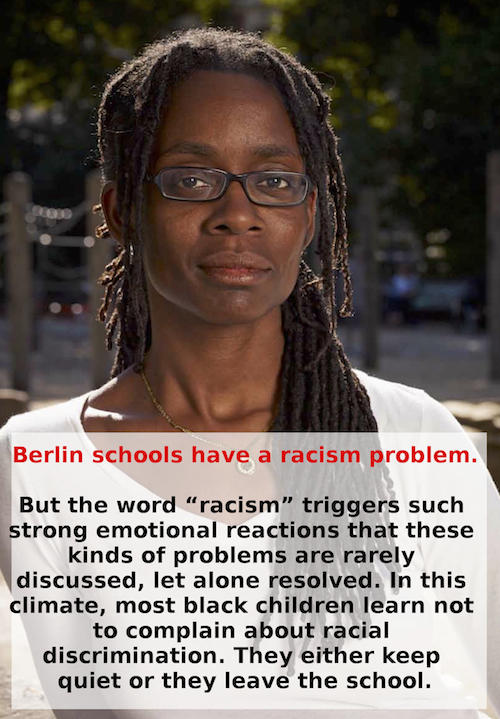 I worked with the school “Diversity committee” to bring the Black German exhibition “Homestory Deutschland” to Berlin. It stood on the school premises for 5 weeks. I have written letters; I have attended school conferences; I have taken advice from an anti-discrimination office; I have emailed my written protests to like-minded community members and encouraged them to also write to the school; I have been silent. So far, none of these strategies have worked.

I am ashamed and angry that I am unable to protect my children from being insulted and bullied, even in a school which is named for one of the most celebrated African men to have ever lived and prides itself on being a “Schule ohne Rassismus” (school without racism).  Still I cannot give up.

There are other Black children at this school as well as in schools across Germany, they may be even more isolated than my sons. All over Germany, children find their strategies to resist against the – sometimes subtle, sometimes overt, but always violent – combination of racism and adultism that they experience.

Our children are stronger than we realise. They survive their own experiences of discrimination. They survive being labelled as the aggressors when they stand up for themselves. They survive the experience of seeing their parents suffer and fail to protect them. And still, every morning at 8am, they are expected to be in the institution and perform. This is what our society expects them to do.

“It takes a village to raise a child” is not an empty motto of ours. I am writing to you all to ask you – to beg you – please don’t leave the raising of our children in the hands of the German school system alone.

Please support families of Black children to teach them about our African diaspora: our history, our peoples, our economies, our achievements, our struggles.

Let us teach them using our own education materials which feature Black people – historical figures, contemporary personalities, as well as fictional characters. Please support our Black children to be proud of themselves. Let them know that we have their backs.

Wherever negative images of Black people are being presented, we have a duty to continue to raise our voices. We must not leave the mainstream in the hands of the mainstream: although we as adults can choose to spend our time in safe and empowering spaces if we want to, our children are forced to be in White institutions.

Sharon Dodua Otoo is the first African awarded the Ingeborg Bachmann Prize, which she was awarded in 2016. She has been instrumental in organising activities that give a different image of what it means to be an African in an attempt to give a realistic view of Africans unlike the constant negative images shared in German media and school books. Some of Otoo’s events include the History of Africans in Germany – Homestory Deutschland; while her literature includes: “The Little Book of Big Visions” and a research on racism in German schools: A Deep Rooted Discrimination Problem in German Schools.