Why Trevor Noah’s Mom Threw Him From A Moving Taxi 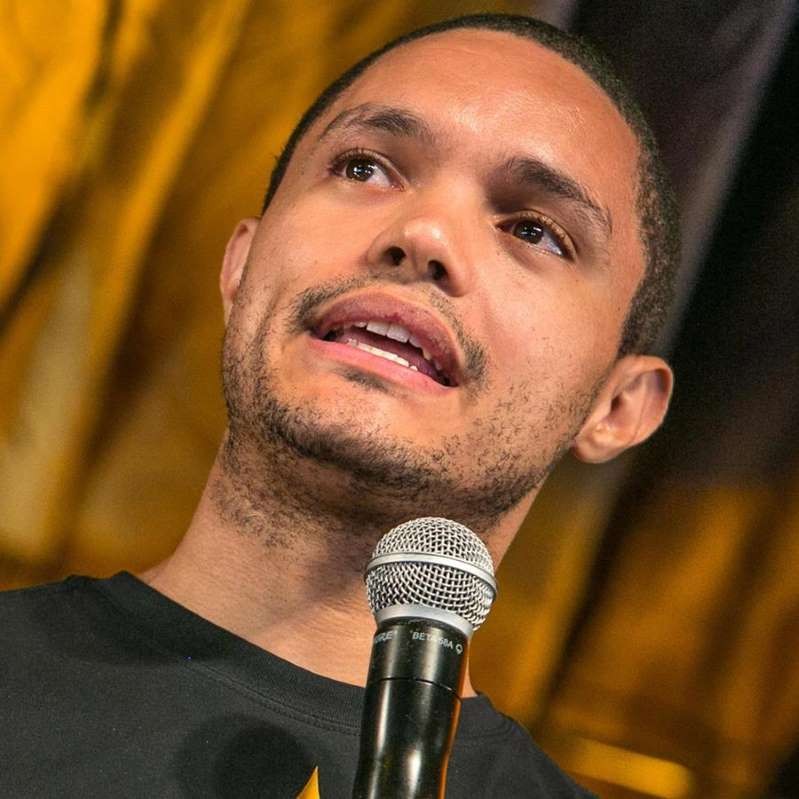 Comedian Trevor Noah is pretty candid when it comes to his childhood in South Africa.

“I’ve always said to people, I don’t truly think I experienced the hardships of apartheid,” he tells OZY CEO and editor-in-chief Carlos Watson in the season premiere of Breaking Big, a new prime-time television series airing tonight on PBS at 8:30 p.m. EST that charts the unexpected twists and turns of rising stars like Noah on their path to fame.

Speaking on the set of The Daily Show, Noah says he avoided the harshest aspects of apartheid in part because of the rise of Nelson Mandela, so he grew up in a country “where I was told that I was free.”

But perhaps the main reason Noah was able to transcend such turbulent times was his mother, Patricia, a woman he describes as a “force of nature.”

Aside from serving as Noah’s rock and inspiration, Patricia even once threw her nine-year-old son from a moving vehicle … to protect him.

They ran, hid and eventually escaped into a petrol station …

And in such an environment, danger and violence seemed to lurk around every corner — not just from the ruling white minority, but also from the rival Black South African tribes [sic] in the country that the white authorities had turned against each other by dispensing, as Noah puts it, “differing levels of rights and privileges.”

For a young mother, particularly of a mixed-race child like Noah (his father is Swiss German), it was not even safe to take a taxi home from church on a Sunday night.

In his recent autobiography Born a Crime, Noah describes how on this particular Sunday night in 1993 — one year before Mandela came to power — Trevor, his mother and his baby brother, Andrew, emerged from an evening service in a wealthy white suburban neighbourhood of Johannesburg. (Patricia liked to make a “circuit of churches” in various parts of the city even when their car was broken down.)

The only real transportation option for carless Blacks in that part of town was an unregulated system of minibus taxis.

After a long wait, a minibus driven by a Zulu man with an iwisa (a tribal war club) finally pulled over to pick up the Noahs.

“In addition to being violent gangsters,” Noah observes in his book, “South African minibus drivers are notorious for complaining and haranguing passengers as they drive.”

This one lived up to the stereotype — and proceeded to harass Patricia, of amaXhosa descent, based on his own tribe’s [sic] stereotypical view that amaXhosa women are promiscuous.

The driver lectured her about being out late without her husband, and when he saw that Trevor was of mixed race, she became to him, says Noah, “not just a whore but a whore who sleeps with white men.”

As he sped down streets and barely slowed for traffic lights, the driver started to call Patricia names and threaten her.

At this point in the night, there were no good options, says Noah.

A woman alone with her children could be assaulted, raped or even killed.

Patricia kept her poise and asked the driver to let them out. He refused.

Finally, she leaned over and whispered to her sleepy nine-year-old on the seat next to her: “Trevor, when he slows down at the next intersection, I’m going to open the door and we’re going to jump.”

And sure enough, when the driver slowed down, she reached over, opened the minivan’s sliding door, hurled Trevor out and then jumped out herself, cradling baby Andrew.

If Noah was still half-asleep when the door opened, he was not after hitting the ground and hearing his mother land next to him and scream: “Run!”.

They ran, hid and eventually escaped into a petrol station, where they called the police.

Patricia and Trevor were cut badly, while Andrew miraculously didn’t have a scratch.

Chris Jackson, the editor-in-chief of One World, which published Born a Crime, says this is his favourite story in Noah’s memoir because it is both dramatic and funny but also provides “a great lens into an interesting moment in apartheid South Africa.”

The story also provides a wonderful glimpse of Noah’s mother, an English teacher and secretary who faced down all manner of oppression and violence beyond just racist minibus drivers to give her children a better chance than she had to succeed.

“She lived in a world where she wasn’t afforded any opportunities,” says Noah, “and yet she still fought to explore that world.”

David Paul Meyer, a producer at The Daily Show who has known Trevor for a decade, says “he gets his fearless attitude and his work ethic from his mom, for sure.”

“I cannot deny that I’m a product of many of the things my mother put in place in my life,” Noah says of the woman who was in so many ways responsible for his sense of humour, and for his breaking big.

As he recounts in his book, when the Noahs finally reached the safety of the petrol station that near-fateful evening, the frazzled Trevor berated his mother: “Look, Mom. I know you love Jesus, but maybe next week you could ask him to meet us at our house.”

Patricia grinned at Noah, and the bleeding mother and son erupted into laughter.