Tonto Dikeh Threatens To Commit Suicide In The Voice Note With Prince Kpokpogri!!! 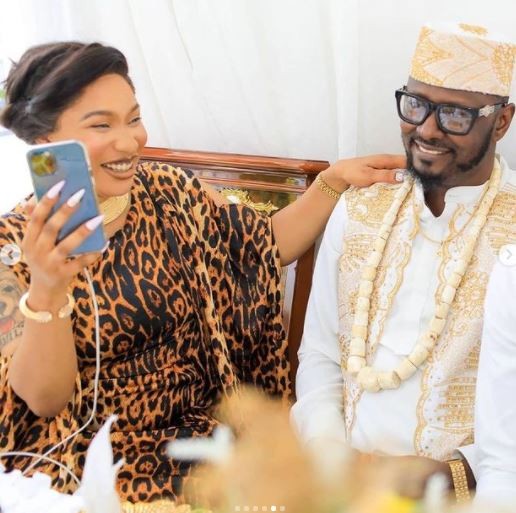 A leaked voice note of Nollywood star Tonto Dikeh crying and begging her ex-boyfriend Prince Kpokpogri to take her back, is making the rounds on social media, the former couple can be heard in the voice note discussing their relationship issues, as Prince Kpokpogri accused Tonto Dikeh of cheating with a man that spent the night in her apartment, which she denied, claiming the said man did not sleep in her room and nothing happened.

After fruitlessly trying to plead with Prince Kpokpogri to take her back, Tonto Dikeh implore him to please take care of her son and not allow her baby's father to take her son. Though it is not clear why she made that comment, which Prince Kpokpogri interpreted to mean she is about to commit suicide, if he doesn't take her back. He then accused her of trying to blackmail him.

The question is, who released the voice not? And should private relationship matter be made public on social media?. Please let hear your opinion on this issue in the comment session.

Listen to voice note below: