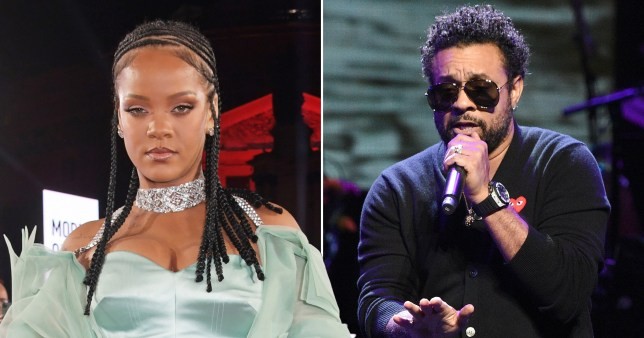 Shaggy said no to the chance to feature on Rihanna’s new album and we’re just confused.

She may be endlessly trolling us over the release of R9, but somewhere out there exists RiRi’s next album, which is believed to be a dancehall-inspired reggae album.

With the singer having worked with a number of popular Jamaican artists on the project, there seemed no better fit than Grammy winner Shaggy, but the It Wasn’t Me singer admitted to turning down the job.

‘They approached me for the Rihanna project, yeah,’ he told the Daily Star.

‘There’s a lot of great people involved but for me I didn’t need to audition to be on the record, I’ll leave that to younger guys.’

Asking Mr. Boombastic himself to audition for you? Now that’s a choice…

However, the 51-year-old singer showed that there were no hard feelings between the pair, as he praised the record, saying: ‘But from what I hear it should be good.’

Despite Rihanna previously saying that R9 would be released in 2019 and dropping random teasers throughout the year, 2020 came with no sign of an album, leaving fans joking that they would no longer support the singer anymore.

But we should probably cut the girl some slack as she recently admitted to struggling to keep up with all her work commitments and personal life.

‘To all my friends/family/coworkers who I have yet to get back to in the past months…please forgive me.

This year has been quite an overwhelming one, and I’m working on that ish called Balance. Brb,’ she wrote.