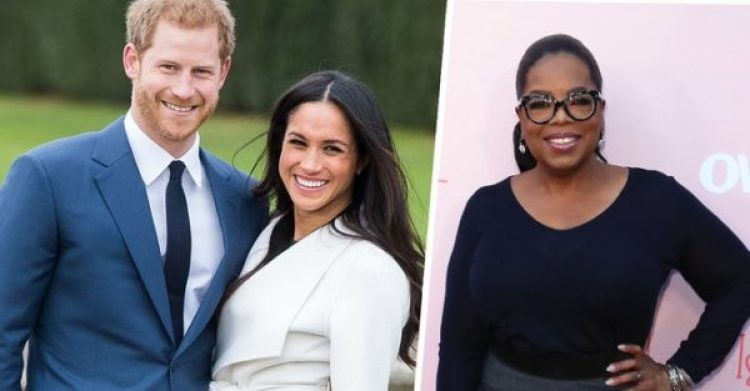 *Oprah Winfrey says she did not advise Prince Harry and Meghan Markle on their decision to “step back” as senior members of the royal family.

“Meghan and Harry do not need my help figuring out what’s best for them,” Winfrey, who famously attended the couple’s wedding in May 2018, tells PEOPLE.

“I care about them both and support whatever decisions they make for their family.”

Page Six published a report claiming Winfrey encouraged the royal couple to move to America and build their own brand. The outlet also claims that several of Meghan and Harry’s A-list friends have also given them advice.

On Wednesday, the Duke and Duchess of Sussex announced that they are stepping away from “senior royal” life as they set out to forge their own independence.

“After many months of reflection and internal discussions, we have chosen to make a transition this year in starting to carve out a progressive new role within this institution,” the Duke and Duchess of Sussex wrote on Instagram. “We intend to step back as ‘senior’ members of the Royal Family and work to become financially independent, while continuing to fully support Her Majesty The Queen. It is with your encouragement, particularly over the last few years, that we feel prepared to make this adjustment.”

If the media paid more attention to Britain’s communities of color, perhaps it would find Meghan and Harry's announcement far less surprising. My piece for @nytimes https://www.nytimes.com/2020/01/09/opinion/meghan-markle-prince-harry.html?smtyp=cur&smid=tw-nytopinion …

2,169 people are talking about this

The couple’s announcement came shortly after they returned to England after spending Thanksgiving and Christmas in Canada with their 8-month-old son Archie.

The baby remained in Canada (presumably with Meghan’s bestie Jessica Mulroney) when the couple flew back to the UK and announced plans to step down as “senior members” of the royal family.

Markle has reportedly returned to Canada, while Harry has remained in England to continue discussions with the palace about their future plans, ITV royal editor Chris Ship tweeted.

In their bombshell announcement, Meghan and Harry wrote:

“We now plan to balance our time between the United Kingdom and North America, continuing to honour our duty to The Queen, the Commonwealth, and our patronages. This geographic balance will enable us to raise our son with an appreciation for the royal tradition into which he was born, while also providing our family with the space to focus on the next chapter, including the launch of our new charitable entity. We look forward to sharing the full details of this exciting next step in due course, as we continue to collaborate with Her Majesty The Queen, The Prince of Wales, The Duke of Cambridge and all relevant parties. Until then, please accept our deepest thanks for your continued support.”

Meanwhile, according to Page Six, “Harry and Meghan have trademarked “Sussex Royal” as a brand on more than 100 properties in the UK, including clothing, stationery, and charitable endeavors — with predicted revenue of over $500 million,” the outlet writes.