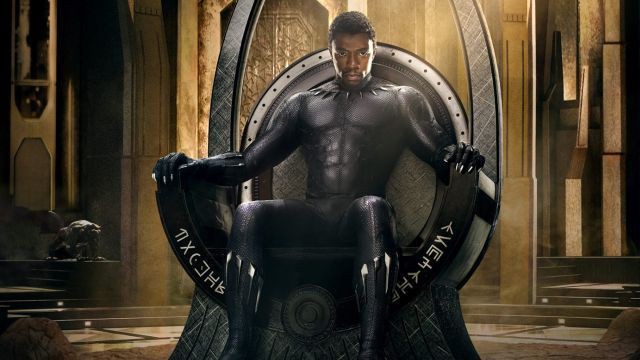 After months of waiting, we finally have a first glimpse of the Black Panther movie coming out early next year. Chadwick Boseman is back as our hero T’Challa after stealing the show in Civil War. In that movie’s crazy UN action sequence, we saw T’Challa’s father die—which means the young prince must now take his place as king of the African nation of Wakanda. He’ll also wear the mantle of Black Panther, protector of his nation’s great secret.

And that secret, as we see in this trailer, is what comic book fans already knew. Wakanda is actually the most high-tech, scientifically advanced nation in the world. It is the legendary El Dorado, with rich vibranium mines (this is a big deal: Captain America’s shield is made of vibranium). To the outside world, Wakanda is just another impoverished, developing nation. But to those who live in this separatist state, it’s a thriving, Afro-futurist wonderland of ancient traditions mixed with skyscrapers, stealth ships, and super tech.

What I love about this trailer is that it foregrounds how much Black Panther’s world is one of technology and science. He’s not a magical tribesman; he’s from a nation that makes the world’s greatest tech. Wakanda’s leaders hide their nation’s true identity from the rest of the planet to keep their inventions out of the wrong hands. We glimpse a lot of Wakanda gadgets in this trailer: T’Challa’s spaceship-esque Royal Talon Fighter, the Black Panther armor, the cool fist-punch-gun thing on one of T’Challa’s loyal guards, and many shots of the glowing city and its vibranium mines.