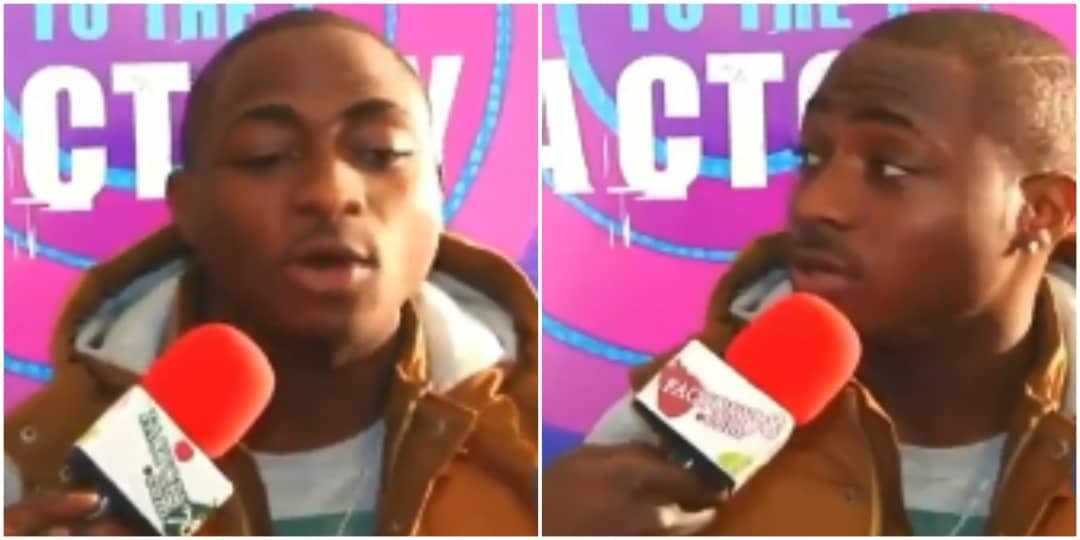 Davido shares 9-year-old throwback video where he talked about following a path different from Wizkid.

The popular Davido is one of many Nigerian celebrities who started out their careers at a really young age, and he has stepped to the apex while achieving a commendable feats ever since.

Davido took to his Instagram story channel to share a video from nine years ago when he just broke into the music industry.
Meanwhile, he answered questions intelligently which proved that he knew where he wanted to be right from the start.
When answering the question of people saying that he was copying Wizkid, he replied that even though Wizkid is huge and has his own style, he can not go with the same style, reason he carved a niche for himself.
He also added that he knows there are amazing talents in the country and he constantly reminds himself not to slip up and make good use of opportunities.
Speaking further, the entertainer revealed that he started music in high school with his friends and he started out as a self-taught producer.
Davido also disclosed that Wizkid, Wande Coal, and Don Jazzy were part of the people in the industry who helped him.