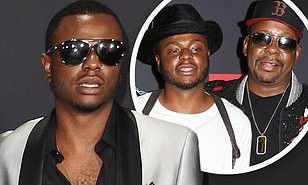 Yet again another tragedy has hit R&B superstar Bobby Brown, his son Bobby Jr was found dead at the young age of 28 in his home.

Bobby Jr. was following in the foot steps of his father in the music business, he is a rapper and song writter, his named after his father.

Bobby Brown is going through the pains of loosing his second child, the first was Bobbi Kristina the child he had with his ex-wife the famous music superstar Whiney Houston, who also was found dead in her hotel room tragically a few years ago.

Bobby Jr was found dead on wednessday in his home in Los Angeles (LA), the police are still in his house investigating but have not found a reason to believe there is any foul play involved at this time.

Our prayers and thoughts are with the Brown family.