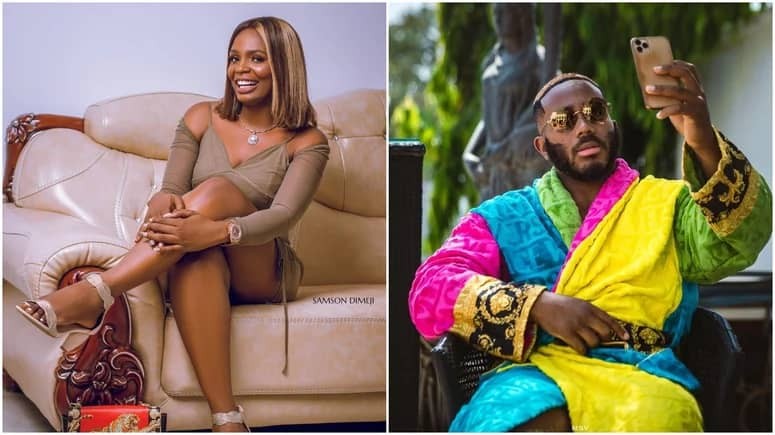 The former housemates from the fifth season of the reality TV show had assembled to celebrate with one of their colleague, Praise, on his birthday.

This report unveiled that the reality TV star took to her Twitter page on Sunday, January 31, 2021, where she debunked the rumours that she kissed Kiddwaya.
She stated that "So I woke up to “Kidd kissed Kaisha last night “ How??? Oh yes I had too much to drink at Praise’s birthday party last night and I don’t remember kissing Kidd so where’s this coming from?" she tweeted.
"Kidd’s ritual of pouring drinks into our mouths is not new and we all know how playful he is. Kidd is like a brother to me and I have never imagined kissing Kidd! Never!!! It’s my fault that I was careless last night; I had too much to drink."
However, She went on to share the video where it was insinuated that she kissed the billionaire heir.
"My carelessness pushed a Negative Narrative about Kidd and I sincerely apologize for that For those assuming on Kidd’s behavior saying he kissed me here you go," she added.