Was Robert Mugabe An African Hero? 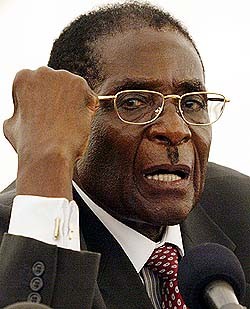 Robert Mugabe the former president of Zimbabwe has passed on, he was a polarizing figure, who is seen from both the good and the bad, depending on how he affects you. Most pan Africanist would see him as an African hero, who stood up to the west for all their atrocities in Africa, while most westerners and white Zimbabwean farmers see him as one who took away  farm lands which they claimed belong to them, though the history of how the white farmers acquired the land from the original Zimbabwe owners is one brutality. How do you think history will remember Robert Mugabe?